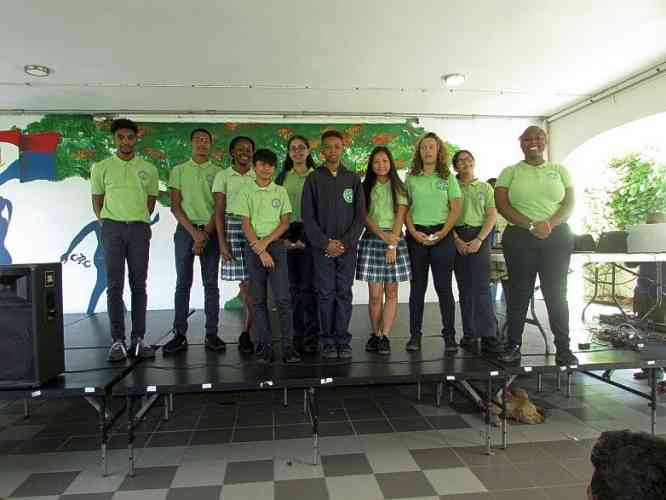 This is the 23rd year since students have been electing student governments at the school. The 2017–2018 board wanted to introduce digital elections. A motion to this effect was presented and board members approached members of school’s Information Communications Technology in Education (ICTE)/Bring Your Own Device (BYOD) team to collaborate to make this possible. The two teams worked together to make it possible.

For the actual election, the school’s student body was given an explanation that this year’s elections would be done differently. The election process was vibrant with some students cheering candidates, some with signs.

Before students went to the polls to vote, candidates gave an insight into who they are and why they were the best candidate for their designated board position. Students were then assigned by classes to go to one of the five polling stations set up at the school where they could have voted and within a short time all the votes were cast, and the new student government was elected.