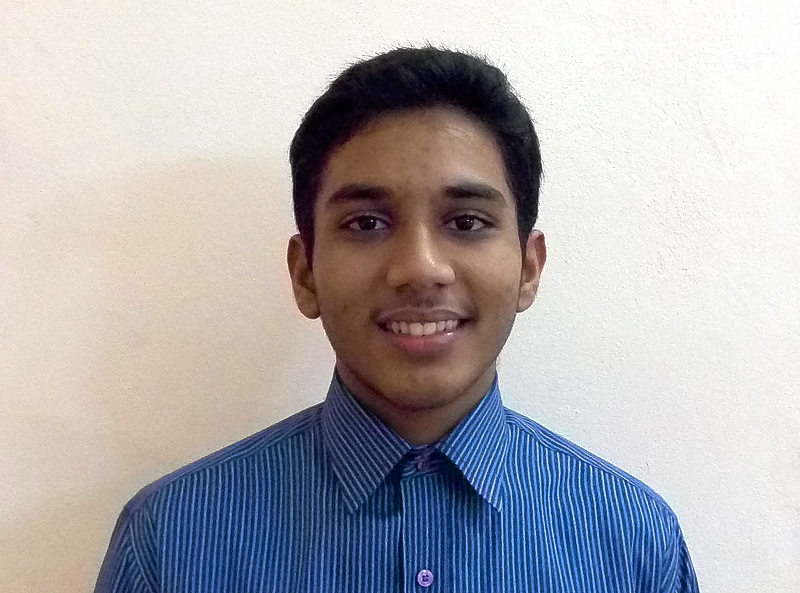 PHILIPSBURG–St. Dominic High fifth former Atul Pereppadan has tied regionally for the second spot with seven other students in Caribbean Examinations Council CXC mathematics exam, earning him a distinction in the subject.

Pereppadan’s ranking on the regional merit list for Mathematics means he and the seven other students who tied, placed second out of the 92,529 candidates, who sat the math exam across the region.

The 16-year-old sat the Mathematics and English A general exams while he was in fourth form because he felt that sitting the exams early would help him have “more room to breathe” in 2017 when he sits 10 more subjects.

“After writing the exams, I was nervous to hear about the results, but when the time came around I was pleased to have received a (grade) 1 in both English and Mathematics with full A profiles,” he told The Daily Herald on Tuesday evening. “That being said I was even more enthusiastic when I came to know that I was ranked second in the CXC regional merit list for Mathematics out of 92,529 candidates. It had been a lot of effort to practice and prepare for the exam which I couldn’t have done without the help of God Almighty, my Mathematics teachers Ms. Davis, Ms. Halley and my mom Suja Pereppadan [who is a teacher at St. Maarten Academy–Ed.]”

After his secondary school education, the student plans to pursue his passion in sciences within the medical field. “I am not quite sure pertaining to what I’d like to be, but I am looking at the possible career in Pharmaceutical Engineering. However, I am still concentrated on this year’s challenges, and I hope to recreate the situation once again with my remaining subjects this year,” he said.

The Catholic School Board congratulated Pereppadan for his achievements in the CXC examination in a letter to him.