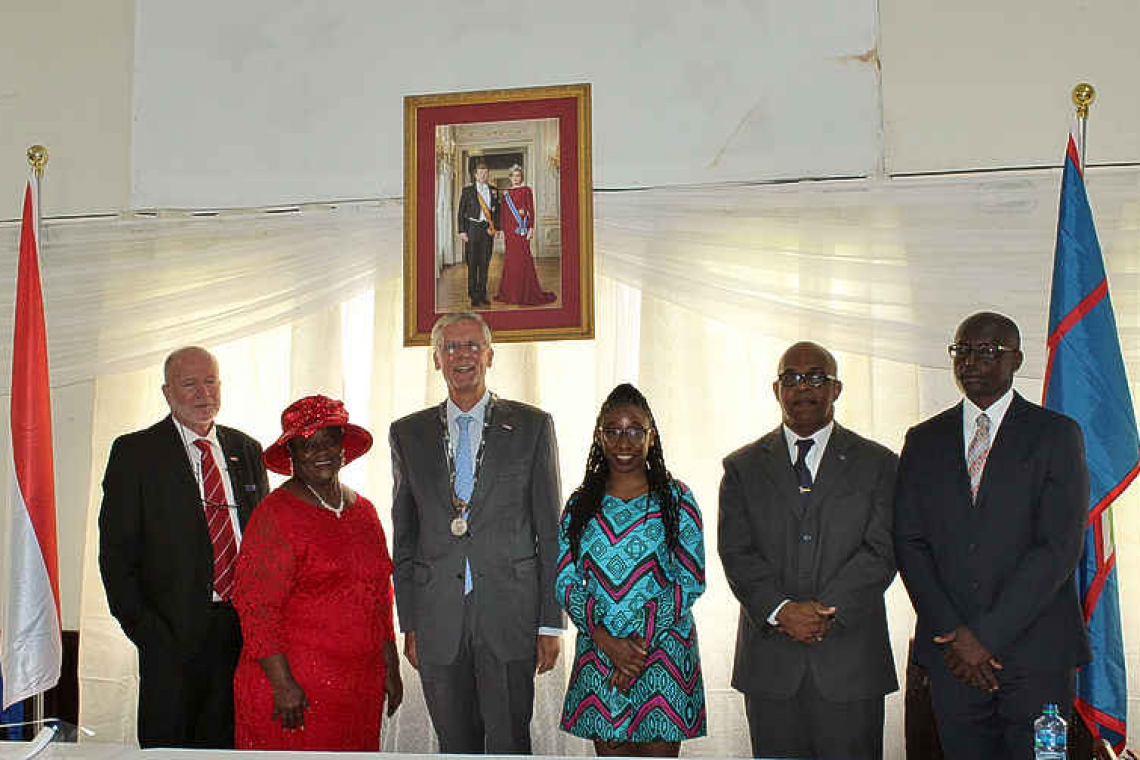 The credentials of each Island Council Member were confirmed during the ceremony and the new members took the oath of office before Government Commissioner Marnix van Rij who was assisted by civil servant Militza Connell-Maduro.

A limited number of persons were permitted to attend and social distancing was adhered to in accordance with the emergency ordinance measures due to the COVID-19 pandemic. The ceremony was broadcast live and was said to be the first phase of the return to democracy to Statia.

The Island Council members were each given a brief moment to address the public. Each member thanked their family, friends and the electorate for their support.

Leerdam was overcome by emotion. She spoke of her mother who could not be present. She spoke of her grandfather Duncan “the brave little Tailor” Leerdam and all the politicians who came before her, and thanked them for all they have done.

“To the entire community of Statia, I would like to remind you of your responsibilities to keep your representatives accountable, no matter the political party. Five members of the Island Council were put here to do work on your behalf in the best interest of Statia and all its inhabitants.

“Today, as we sit here to welcome the beginning of a new era, I will not stand here and pretend that we will agree on every point of the direction we see for Statia, but all I ask is that we have dialogue, as this allows us to find common ground and solutions,” Leerdam said.

She added that there will be times that she will stand firm for what she believes in as PLP leader. “I will be honest, transparent and provide you with sound information that you will be able to take on your responsibilities to hold representatives accountable, but also for you to stand firm when it is needed.” She encouraged everyone to remember that true preparedness, humanity, respect and togetherness will help the island meet its goal: a better Statia for all.

Spanner said that in the weeks leading up to the election she had spoken to many and heard their number-one concerns. “I will work with the entire council on delivering on these priorities and others for the benefit of Statia and its people,” Spanner said.

She looks forward to working as a team with fellow elected members to advance issues of importance to the Statia community. She urged the council to put politics aside and work together with the commissioners on what is best for Statia and not for their personal agenda.

Merkman said he is mindful of all the sacrifices and hard work his forefathers have put forward for him to stand there on that day. He thanked his wife and family for always being there for him.

He also thanked his supporters and campaign ambassadors. “To the community of Statia, I will represent all of you to the best of my ability. You have spoken loudly and I will adhere to your wishes,” Merkman said.

He said Statians want unity, respect and the opportunity to decide the way the island is developed. “To the local and Dutch government, we must come together in unity and sit at the table and strategize the way forward for St Eustatius.” Respect on both sides, Merkman stated, should be the norm of the day.

He has no idea where the call for independence came from and he said no PLP members had spoken about it in their campaign. “Independence is not the position of anyone in this party,” Merkman said, adding that the social and economic development of the island as well as transparency are what should be top priorities for the council.

Sneek said it is important to put what transpired in the past behind us and look into the future. “Let us instead focus on the things that really matter for our community and our people. Let us instead work and negotiate with the national government in a responsible and professional manner and see how we can improve the situation on Statia and in our community,” Sneek said.

The vision of the Democratic Party, he said, is to achieve a self-sufficient and sustainable Statia for the benefit of present and future generations, by strengthening and diversifying the economy which will make the island more resilient and create more jobs for people. “We have to significantly reduce poverty. There are things that the local government can do in this respect, but we also have to rely on the national government and therefore a good relationship with them is therefore essential.”

At the end of the day, Sneek said, what the people want is to look at their wallets and it allows them to pay the bills and have a decent life and this is what the council should focus on.

Van Putten spoke of his deceased father and this being the first time he was sworn that his father was not present, but noted that his siblings were there to represent his father. He said he had not expected to be elected into office this term, “but God sent me here for a purpose for such a time like this.”

The Council is “not here under normal circumstances” and despite what was said, Van Putten is still awaiting proof about the accusations that were levied against the deposed government. What was clear, he noted, was that the election showed that the people want democracy back.

“We do not wish to create a welfare state. We want to be a government that creates more wealth where each and every Statian has an opportunity to be able to benefit from economic prosperity and we plan to put programmes in place to develop the island to achieve this.”

The government commissioners can expect cooperation. No stumbling blocks will be put in the way of progress, but respect has to go both ways. “At no point in the past has the Progressive Labor Party spoken about political independence. We have spoken about full measure self-government. He who forgets his past is doomed to failure,” Van Putten said.

“We will work together with the Democratic Party because at the end of the day we must fully restore democracy, as that is how we must make this country a better place where each and every Statian and those that have joined us will be able to benefit as a result of this economic prosperity.”

Also present at the event were Deputy Government Commissioner Alida Francis, Island Secretary Malvern Dijkshoorn-Lopes, and friends and family of those sworn in.

Attendees at the installation ceremony.

November 25, 2020
0
STUCO’s new water storage tank.ST. EUSTATIUS--Residents of St. Eustatius were surprised when they turned on the taps but found no drinking water flowing on Tuesday, November 24. St. Eustatius Utility Company STUCO stated that because of the water level...
Read more 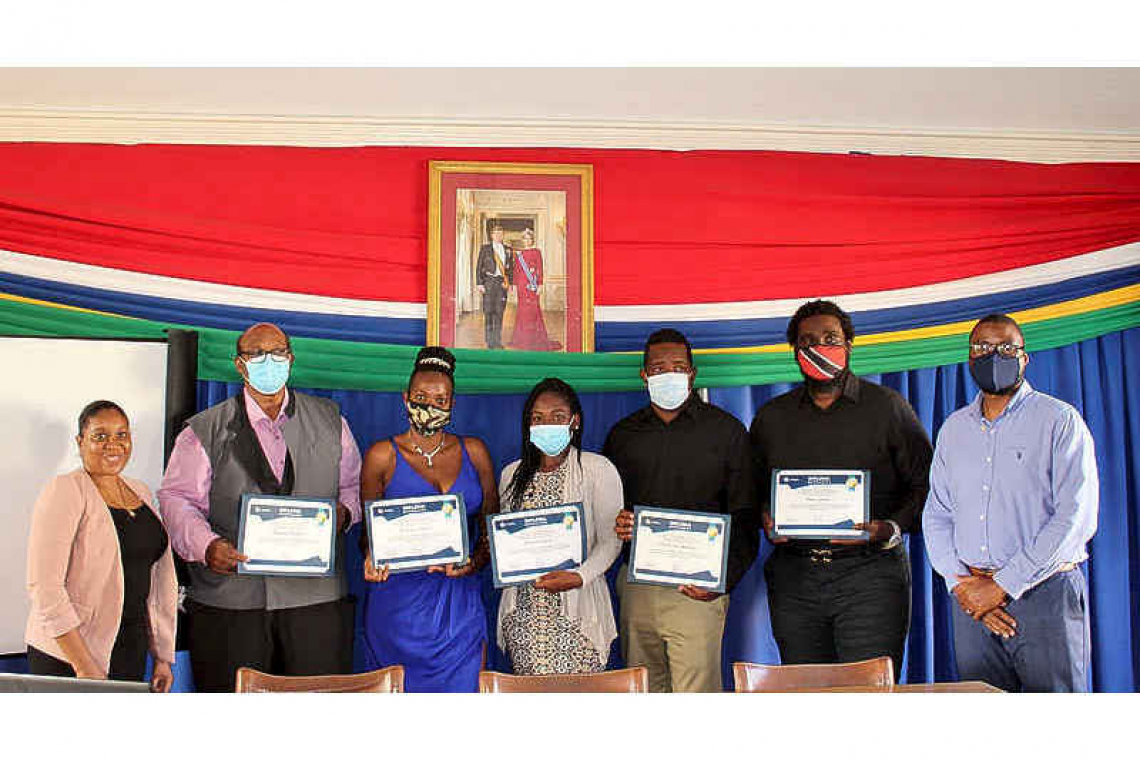 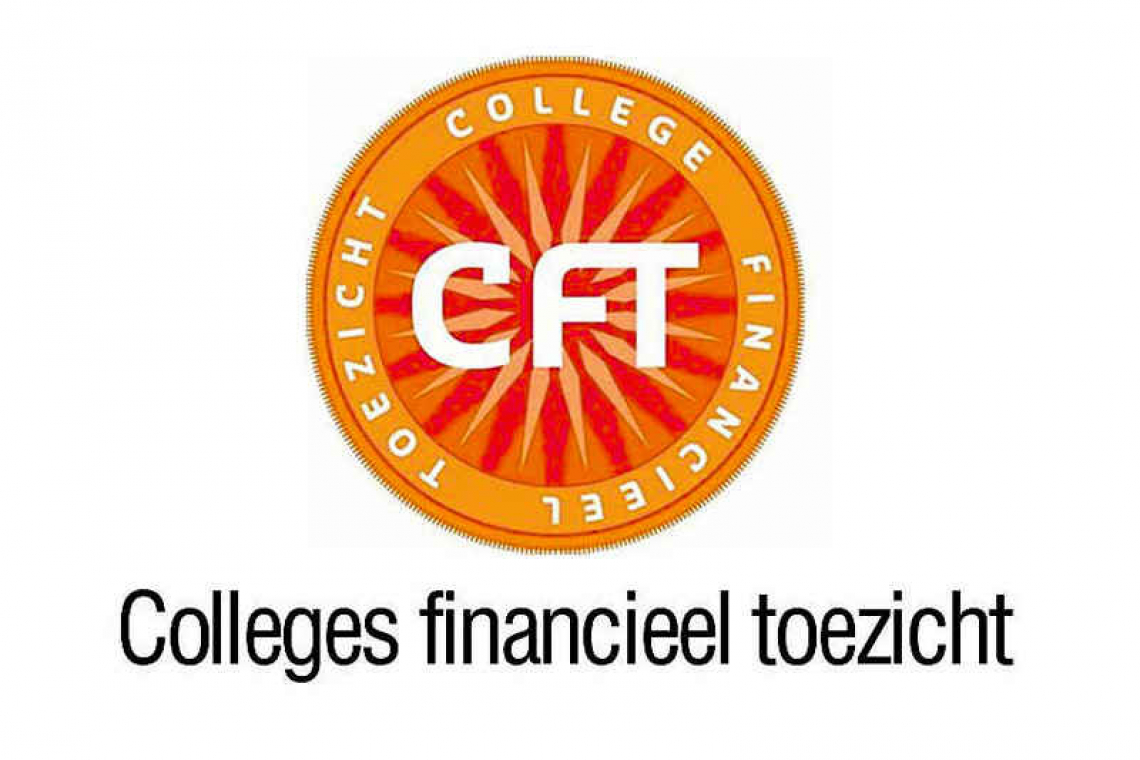 November 25, 2020
0
THE HAGUE--Now that the public entity Bonaire does not have an approved budget for 2021, the Committee for Financial Supervision CFT will ascertain this...