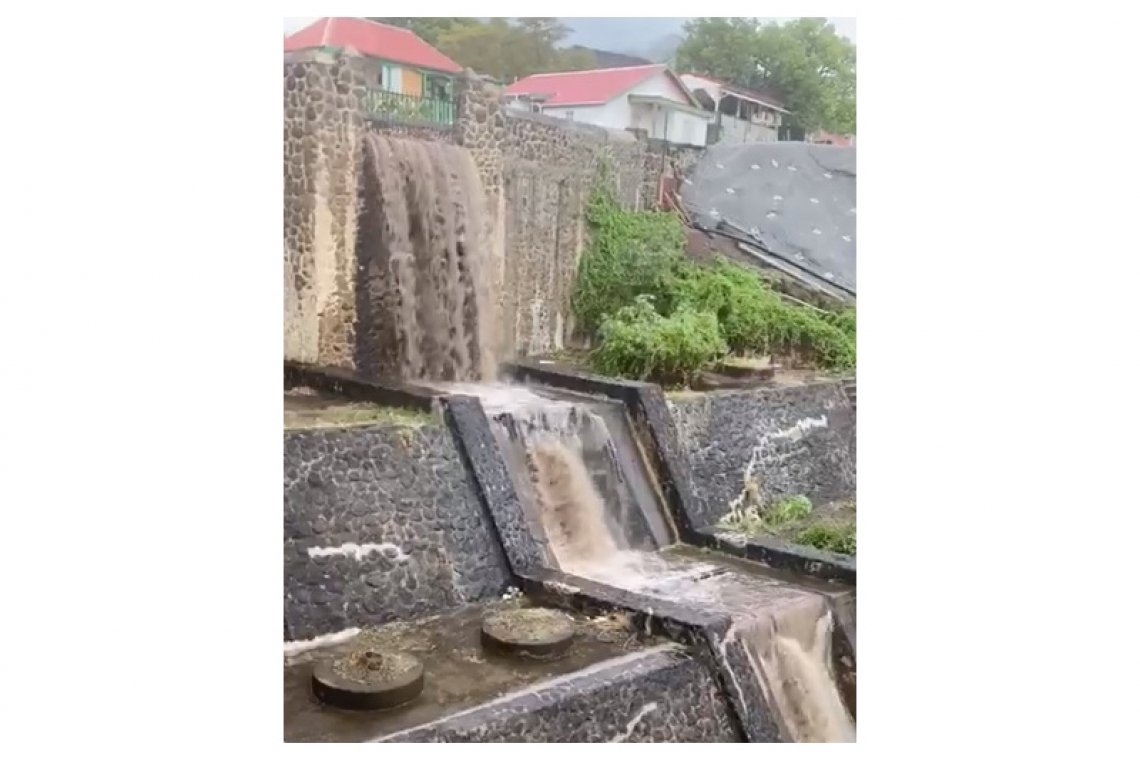 Deputy Government Commissioner Alida Francis convened the meeting in which the key players in the ESF provided updates with regard to the necessary measures, plans and procedures. Heavy rain and high winds with risk of erosion, flash floods, mudslides and snapping trees were the main concern. Several actions were agreed on during the meeting.

Fishermen removing their vessels from the ocean in Orange Bay, St. Eustatius.

Water flows were redirected in the Golden Rock area to prevent mudslides running into the ocean. The trench near F.D. Roosevelt Airport was cleaned out and parking restrictions put in place for H.M. Queen Beatrix Street and Fort Oranje Street owing to the steady flow of water and rocks during periods of heavy rainfall.Businesses and the pharmacies closed by midday and Queen Beatrix Medical Centre was only open for emergencies. The harbour warehouse, government offices and day-care centres also closed, and residents were advised to stay off the streets.F.D. Roosevelt Airport will remain closed until 7:00am Friday, July 31, due to high winds. Residents are advised to stay off the streets.A contingency plan was put in place to evacuate persons who are in quarantine if the weather system develops into a tropical storm. Also, the most critical patients at the Community Home Care Centre were secured.The ceremony regarding the ground-breaking for the official start of the reconstruction of Smoke Alley Road, which was scheduled for today, Thursday, has been postponed.As the public entity St. Eustatius focuses on protecting residents during this present global health crisis due to COVID-19 while putting plans in place to safely reopen its borders, it is also ensuring that necessary preparations for the Atlantic hurricane season are in place, it was stated.“Local authorities will continue to monitor the further progress of this weather system and will take all necessary measures to safeguard life and property,” the public entity said in a statement on Wednesday afternoon.Watches or warnings will be issued when it becomes necessary, using various communication media such as radio, newspaper, through the websitewww.statiagovernment.com and through Facebook page euxgov.“It is important that the public seek credible information from the official authority in order to make timely decisions that will protect life and property,” the public entity said.Boat owners removed their vessels from the ocean during the past few days to secure them before the approaching weather system reached the island.Persons around construction sites were securing building materials. At the various road projects, contractors were also hard at work to limit the possible damage to roads, sidewalks and ditches by the amount of rainfall that was expected.The Jeems Road Project encountered undermining earlier this month due to excessive rain caused by a passing rainstorm.Statia experienced some light showers on Wednesday morning. The rainfall picked up later during the day, accompanied by a strong breeze.The hurricane season for the North Atlantic Ocean and Caribbean Sea started June 1 and ends November 30. In general, the highest storm activity is registered during the months of August, September and October.