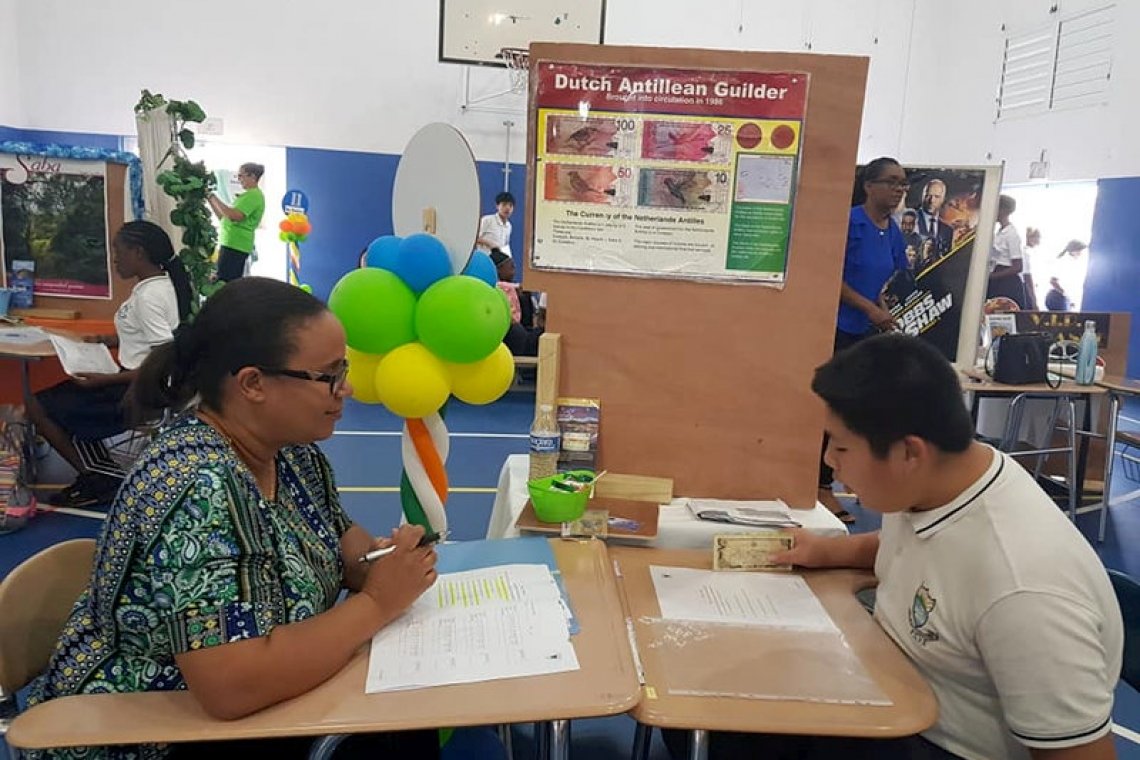 A student engages in conversation with a vendor at the Taaldorp.

Minister Irion interacts with a student during his interview with a vendor.

Nelson expressed her appreciation for school board’s vision of intensifying instruction in the Dutch language at the school this school year, resulting in the event.

“For the 2019-2020 school year, the board of directors of the Foundation for Academic and Vocational Education (FAVE), under the leadership of Roland Duncan, has intensified the Dutch programme at the vocational campus, facilitating a low student-to-teacher ratio, allowing fewer students in Dutch classes throughout the school,” said Academy. “The resulting smaller classes for Dutch enable teachers to spend more time with students individually to facilitate learning needs of students.”

The school said the ultimate goal of the Dutch language intensification is to produce students who are proficient and fluent in spoken and written Dutch, and ultimately improve the school’s overall performance on the external Dutch examinations.