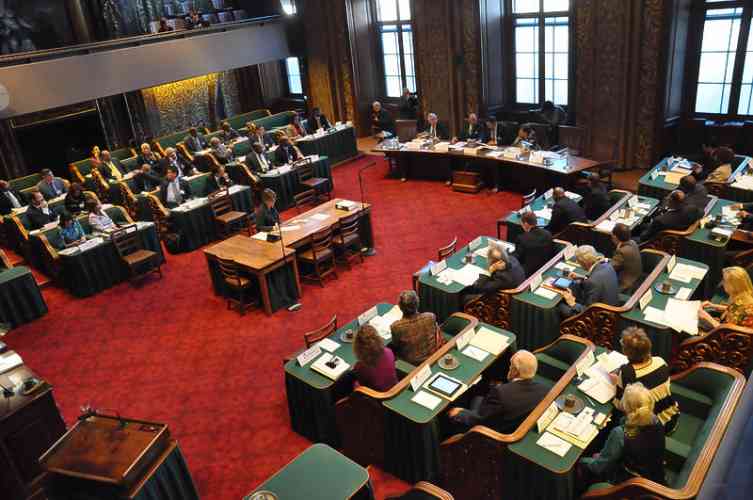 THE HAGUE–The stance of the St. Maarten government became the focal point of the handling of an initiative law proposal to remove lèse-majesté and insulting befriended heads of state from the penal code in the First Chamber of the Dutch Parliament on Tuesday.

The initiative law proposal of Member of the Second Chamber Kees Verhoeven of the Democratic Party D66, if approved by the Senate, will put lèse-majesté in the Netherlands and the Caribbean Netherlands in the same category as insulting uniformed and emergency personnel. Persons who are convicted of this by the Court could get up to four months in jail. Lèse-majesté currently has a jail term of five years.

However, during the handling of the law proposal, Senators Mirjam Bikker of the ChristianUnion and Tineke Srik of the green left party GroenLinks asked whether the governments and parliaments of Curaçao, Aruba and St. Maarten had been consulted in the process. The Senators referred to an article of the Kingdom Charter which states that the countries of the Kingdom consult each other when they plan a drastic change to the Penal Code.

During the handling, a letter came in from St. Maarten Minister Plenipotentiary Jorien Wuite in which she asked on behalf of her government that the Dutch Caribbean countries be consulted on the initiative law proposal. In the opinion of the St. Maarten government, the law proposal has radical consequences, because it affects the entire Kingdom, as it concerns the King.

Member of the Second Chamber Verhoeven argued that the law change was not radical and that as such it was not necessary to consult the other countries of the Kingdom. Minister of Justice and Security Ferd Grapperhaus had the same opinion, and noted that St. Maarten could have objected at an earlier stage.

Senator Sophie van Bijsterveld of the Christian Democratic Party CDA expressed support for St. Maarten’s stance. Van Bijsterveld, and a few other Senators, questioned why the Dutch Caribbean countries had not been consulted earlier, and suggested that this should still be done considering decency within the Kingdom.

Senator Bikker then moved to submit a motion, supported by four other Senators, in which the Dutch government was asked to first consult the other countries of the Kingdom before continuing the handling of the law proposal in question. This motion, when it comes to voting next week, might not receive sufficient support.

Senator Margo Andriessen (D66) also submitted a motion in which she asked Minister Grapperhaus to engage in talks with the governments of Aruba, Curaçao and St. Maarten on this matter. This motion did not request halting the handling of the law proposal. Grapperhaus promised to be more alert in consulting the other countries in future cases.