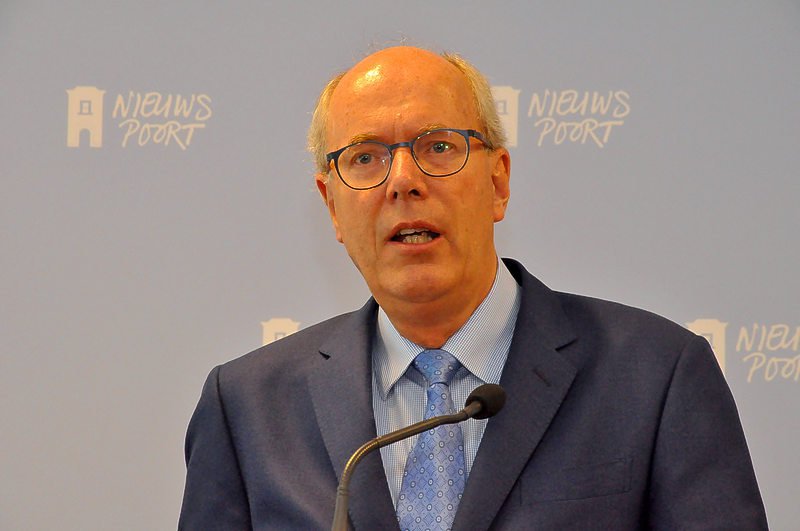 THE HAGUE/PHILIPSBURG–The St. Maarten Government is faced with disappointing financial results. The budget balance of the first quarter of 2016 has deteriorated by some NAf. 8.6 million, according to the Committee for Financial Supervision Curaçao and St. Maarten CFT.

The CFT stated in a June 8 letter to St. Maarten Finance Minister Richard Gibson, which was released this week, that the first execution report of the first quarter of 2016, submitted by the St. Maarten Government “painted a picture that deviated from the approved budget.”
The budget balance mainly deteriorated due to disappointing revenues of more than NAf. 15.3 million, which were a bit compensated by lower expenditures of about 6.7 million. Of the budgeted revenues of 144.4 million only 129.1 million has been realised, which is a difference of more than 15.3 million guilders, the CFT calculated.
The decrease in revenues were mainly due to lower tax revenues (7.4 million), the fees and concessions (2.6 million), permits (1.2 million) and other revenues (4.1 million). The revenues from the Turnover Tax and the Profit Tax were especially lower than budgeted. On the other hand, the revenues from income tax turned out higher than budgeted.
The disappointing revenues from fees and concessions were almost entirely caused by the lower realisation of casino and lottery fees. Also, dividends over 2014 have not been received, as well as the amount that GEBE needs to contribute for surpluses of the water company.
The expenditures were 6.7 million guilders lower than budgeted mostly due to lower personnel cost, and goods and services which is caused by the unfilled vacancies. Expenditures in the area of social housing, study financing and depreciation were higher.
The prognoses until the end of the year that usually accompany the execution reports were lacking. “This makes it unclear what St. Maarten expects to realise in revenues and expenditures until the end of 2016.”
Based on the realisations of previous years, the first five months of 2016 and the calculation models used by the CFT, the Committee arrived at the preliminary conclusion that with unchanged policy the revenues over 2016 will be NAf. 10 to 20 million lower.
This would mean a “considerable deterioration” of the balance, which will make it harder for St. Maarten to comply with the September 8, 2015, instruction imposed by the Kingdom Council of Ministers. The financial situation could further deteriorate if the retro-active adaptation of the pension premium from 25 to 22 per cent did not prove possible.
The payment arrears as presented in the first execution report have only been slightly reduced, compared to late 2015, by 0.5 million and amounted to 190.8 million of which 83.6 million to the pension fund APS and 75.8 million to the social and health insurances office SZV. These payment arrears also have consequences for the complying with the instruction of the Kingdom Government.
According to the CFT, measures are needed to comply with the instruction regarding the deficit compensation and the elimination of the payment arrears. The CFT advised taking “concrete, realistic and adequate measures” to realise the budgeted revenues, and a reduction of the expenditures if the budgeted revenues are not achieved.
The St. Maarten Government should further indicate which measures it will take to prevent that it did not comply with the deficit compensation and the elimination of the payment arrears, stated CFT Chairman Age Bakker in his letter.