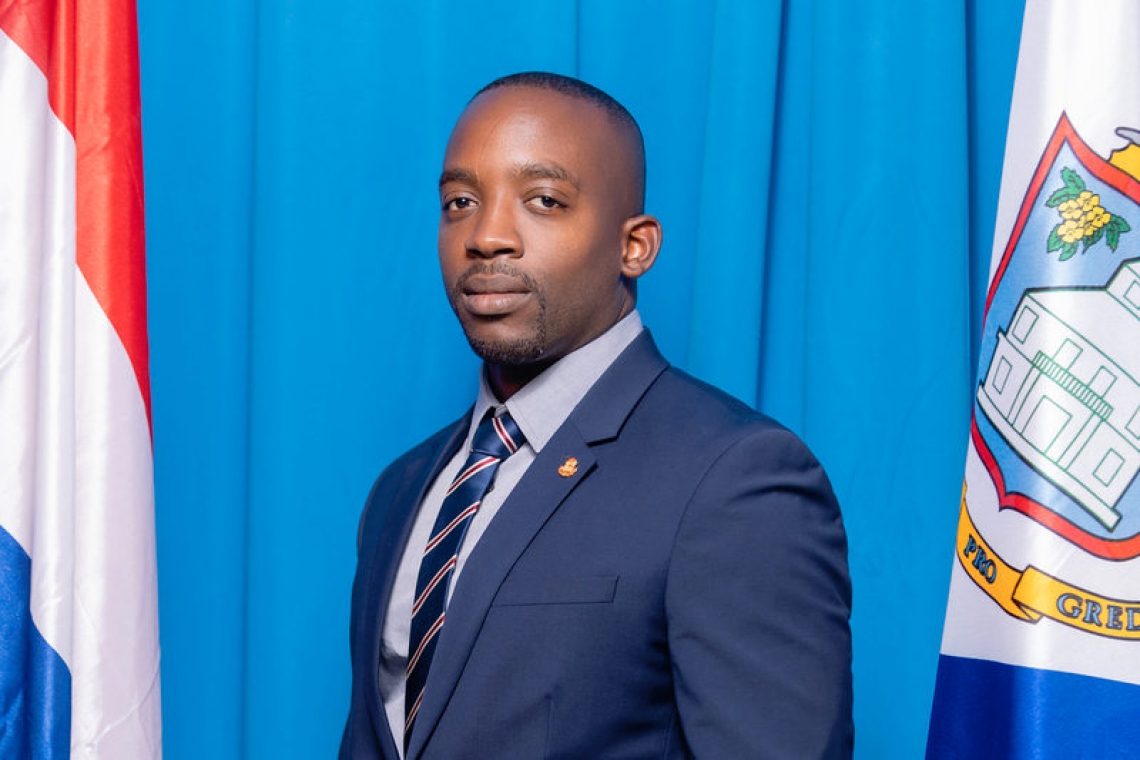 PHILIPSBURG–St. Maarten faces being blacklisted by the Organisation for Economic Cooperation and Development (OECD) and the European Union (EU) if the draft national ordinance amending the National Ordinance on General Taxes with regard to international obligations is not passed.

Finance Minister Ardwell Irion told Members of Parliament (MPs) during a parliamentary session on Thursday that blacklisting can include reputational damage to the country, and investment banks around the world might be unwilling to finance projects in St. Maarten. Another consequence can be countermeasures from, amongst others, common reporting standards (CRS) countries.

When the continuation of the meeting was last reconvened on November 6, 2019, Brison submitted a proposal for an amendment to the draft, based on concerns he had regarding the sharing of account holders’ personal data at financial/banking institutions. The amendment concerned Article I, part B and Article 61a of the draft ordinance.

Irion told MPs that the Department of Fiscal Affairs “strongly” advised against Brison’s amendment, but noted that if revoking the amendment was not possible, then the department proposed changing its formulation.

In giving some background on why the draft law is needed, Irion said the Group of Twenty (G20) Finance Ministers and Central Bank Governors on April 19, 2013, had endorsed the automatic exchange of financial information as the expected new standard. He said these parties recognised that, through the adoption of a common approach to automatic exchange of information, offshore tax evasion can be tackled most effectively while minimising cost for governments and financial institutions.

With the strong support of the G20, the OECD together with G20 countries and in close cooperation with the EU and other stakeholders has since developed the Standard for Automatic Exchange of Financial Account Information (hereafter the Standard).

St. Maarten was urged to commit to this Standard and committed after taking into account the negative consequences of not doing so. According to Irion, based on existing legislation, government could not currently fulfil the obligations resulting from the mentioned agreement.

He said in the absence of legislation, local financial institutions are not authorised to automatically provide government with information available to them from account holders.

“For this reason, the draft national ordinance amending the National Ordinance on General Taxes with regard to international obligations contains the high-level collection and annual reporting requirements, such as the scope and provisions to enable the subsequent introduction of the more detailed reporting requirements,” Irion explained to MPs.

During the earlier stages of the matter being brought to Parliament, a motion to suspend the handling of the legislation was passed pending further clarification of the Common Reporting Standard.

Assistance from the Global Forum of the OECD was sought to address Parliament regarding the content, validity, urgency and importance of CRS and the corresponding consequences of non-compliance.

OECD agreed to assist and on December 11, 2018, OECD representative Radhanath Housden addressed Parliament regarding their concerns.

Housden informed Parliament that the OECD Global Forum does not decide what happens to St. Maarten in the event that the CRS legislation is not approved by Parliament.

The function of the Global Forum is to report information of the status to the peers and the peers decide how they interpret this. Besides the peers, the G20 Initiative and EU Initiative also decide what they do with this information. According to Housden, it is already a fact that St. Maarten is late, and he advised getting the legislation implemented as soon as possible. Other jurisdictions would want to know that other peers are also delivering on their commitments made in good faith.

Given the G20 criteria, CRS information exchange should have been realised by September 2018.  However, due to Hurricane Irma in 2017, St. Maarten requested an extension until 2019.

As St. Maarten has not completed the requirements to implement the Automatic Exchange of Information (AEOI) standard for financial accounts, as committed to, St. Maarten will consequently be reported by the OECD as a jurisdiction that has not satisfactorily implemented the tax transparency standards according to the criteria set by the G20 leaders.

Housden advised St. Maarten to establish some form of information exchange by 2019. Considering the fact that the required CRS legislation is not yet in place, Irion said, this is unfortunately not possible and he outlined the consequence of non-compliance to MPs.

After the explanation from Irion during Thursday’s meeting, Brison agreed to withdraw his amendment, reformulate it and resubmit it within a week, following which the meeting can be reconvened and MPs given a chance to vote on the draft, providing that there are no more delays in its handling.