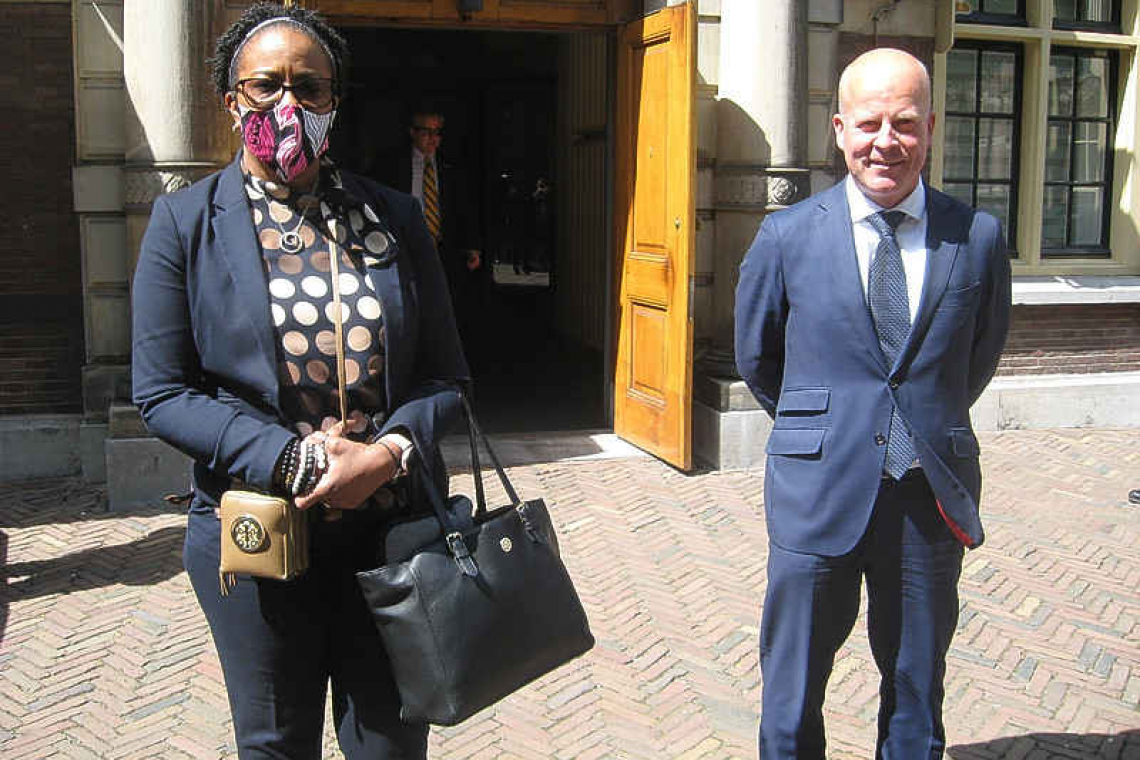 THE HAGUE–St. Maarten will shortly receive the fifth tranche of liquidity support for an amount of NAf. 39 million because the country has sufficiently complied with the condition to fix good governance at the Princess Juliana International Airport and to safeguard the reconstruction project.

Dutch caretaker State Secretary of Home Affairs and Kingdom Relations Raymond Knops made the announcement in a letter that he sent to the Second Chamber of the Dutch Parliament on Thursday.

The Kingdom Council of Ministers on May 28 decided to delay the payment to St. Maarten and authorised Knops to, in consultation with Dutch caretaker Prime Minister Mark Rutte and Finance Minister Wopke Hoekstra, assess whether St. Maarten had taken sufficient actions at the airport, and if so, to go over to payment of the NAf. 39 million (19.1 million euro).

“In the past week, St. Maarten has worked hard to restore good governance. Prime Minister Silveria Jacobs has informed me and the Royal Schiphol Group (RSG) multiple times in this period about the state of affairs. The RSG has played a cardinal role in the past years in both the reconstruction project and to safeguard good governance,” stated Knops in his letter.

“The actions that have been taken to restore good governance at the airport give the prime minister, the finance minister and me sufficient confidence to go over to the payment of the fifth tranche liquidity support. In this, I am also taking into consideration the opinion of the RSG, which is positive about the steps that St. Maarten has taken,” noted the state secretary.

The NAf. 39 million will be transferred to St. Maarten “as soon as possible.” “This is most urgent because, also in light of the in St. Maarten’s current highly negative liquidity position, the St. Maarten government without liquidity support won’t be able to pay out the civil servants’ salaries at the end of June.”

Knops remarked that without the fifth tranche, St. Maarten also won’t be able to pay out the wage subsidy regulation, an arrangement that the private sector is highly dependent on during the pandemic. Without this regulation, many businesses will likely go bankrupt, with an even higher unemployment as a result.

Since early 2020, St. Maarten, just like Aruba and Curaçao, has been receiving liquidity support from the Dutch government in the form of zero-per cent interest loans.