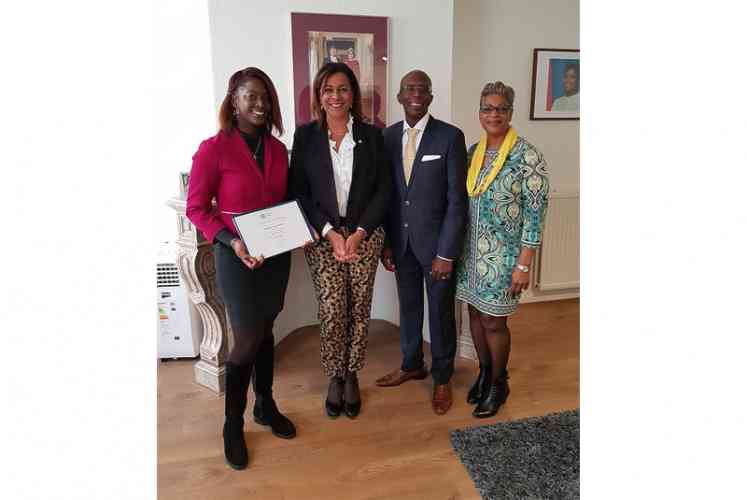 The notary-candidate intends to return home to pursue her career. She received her Masters’ degree in notary law from Leiden University where she specialized in notary law and has now graduated with a background in family and succession law. Her Bachelor’s is from Hanze Hogeschool in Groningen, where she specialized in International Law and Dutch Law. Richards, “through faith and the support of a strong family unit is a clear role model and example to many young scholars who have travelled to the Netherlands to pursue higher education,” said Wuite. She applauded Richards on her decision to return home, as many before her have chosen to remain in the Netherlands to jumpstart their professional careers.

“St. Maarten is clearly in need of young professionals with law degrees in order to strengthen

St. Maarten professionals in key positions. The tendency of head hunters in the Netherlands is to recruit young professionals from the Caribbean, as they perform well on the job market.”