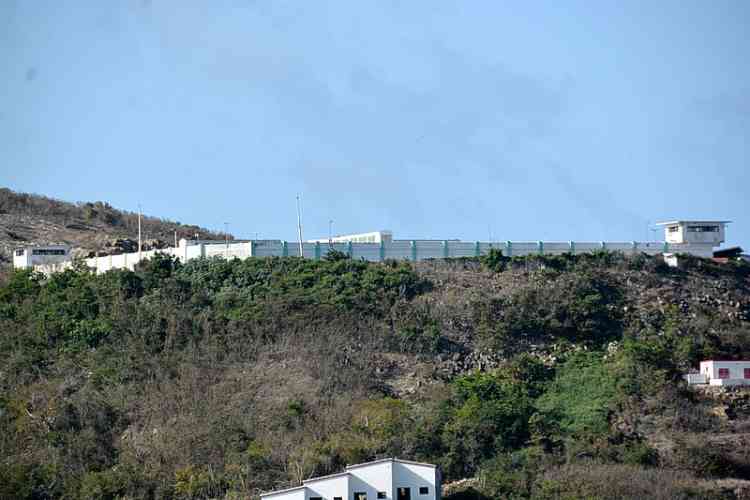 THE HAGUE–The inmates at St. Maarten’s Pointe Blanche prison get at least two hours of fresh air per day, which is in compliance with the prison’s house rules, stated Dutch State Secretary of Home Affairs and Kingdom Relations, Raymond Knops in a letter to the Second Chamber of the Dutch Parliament on Tuesday.

Law enforcement and prison affairs in principle are an authority of the Country St. Maarten, Knops stated in response to written questions submitted by Member of the Second Chamber Chris van Dam of the Christian Democratic Party CDA.

Van Dam sought clarity mid-August following media reports which quoted St. Maarten lawyer Shaira Bommel, who stated that human rights were violated at the Pointe Blanche prison on a daily basis. She said there were almost no rehabilitation facilities, psychiatric assistance was lacking and she expressed concern about people being sent home because of the lack of incarceration facilities.

State Secretary Knops said the St. Maarten Ministry of Justice keeps him informed of developments regarding the prison and he has been provided with information to answer the questions of Member of Parliament (MP) Van Dam. He said the St. Maarten authorities were “committed to further improve the detention facilities.”

The Justice Ministry has informed Knops that inmates at the Pointe Blanche prison, in accordance with the house regulations for penitentiary facilities, were outside in the fresh air at least two hours per day, one hour in the morning and one hour in the afternoon. “Aside from that, the cells are open for the most part of the day, enabling access to the hallway.”

St. Maarten authorities also informed the State Secretary that within the daily programme, inmates have the possibility to take part in English and general educational development (GED) classes. They may also work in the kitchen, assist with the ongoing renovations of the prison building, and help with cleaning and painting.

Knops clarified that in the Netherlands, inmates had a right to at least six hours of recreation per week and one hour in the fresh air per day. The European Prison Rules and the standards of the European Committee for the Prevention of Torture CPT also have a minimum of one hour of fresh air per day as the minimum standard.

Responding to MP Van Dam’s question as to the lack of rehabilitation and psychiatric assistance, the State Secretary explained that, according to the St. Maarten Ministry of Justice, rehabilitation is available and has a role in the trajectories before and after a prisoner’s release.

“However, the capacity and possibilities on the island are limited. Inmates have access to social workers, and at this moment a behavioural therapist is being recruited.” Also, a schedule has been drafted to have temporary replacements for the departing psychiatrists until new psychiatrists have been found.

The State Secretary said he would refer to the Ministry of Justice, the MP’s questions about people being sent home due to lack of detention capacity. “I cannot determine the specific consequences of this for current investigations and the functioning of the state of law.”

Knops said he did find “worrisome” the situation as described by attorney-at-law Bommel, in the media. He noted that St. Maarten had to stick to the international standards where it concerned the detention facilities and the incarceration of persons. The current detention capacity at the prison is 86 persons. The youth detention facility Miss Lalie Centre has been reopened.