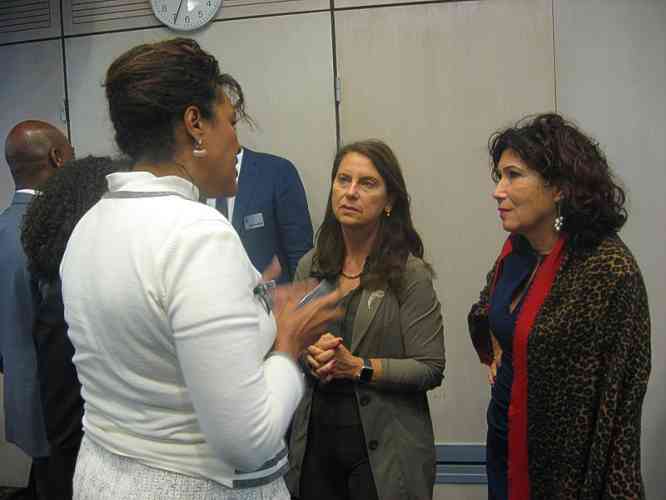 THE HAGUE–During the Dutch Second Chamber Committee for Kingdom Relations’ round table discussion on the proposal for a Dispute Regulation last Wednesday, Minister Plenipotentiary of St. Maarten Jorien Wuite emphasised the importance of binding arbitration.

She also emphasised the importance of working with the other Parliaments in finding a suitable solution and offered her assistance in this process.

Minister Plenipotentiary of Curaçao Anthony Begina outlined Curaçao’s three main objections to the proposal: the fact that the Dutch Prime Minister could veto the dispute regulation being invoked; the fact that Kingdom legislation is excluded from the scope of the regulation; and the fact that in the current draft, the Kingdom Council of Ministers could dismiss the outcome of the procedure.

The constitutional law experts were all in agreement that the present proposal is not what was agreed on in 2010. They pointed out several flaws in the proposal, such as the exclusion of Kingdom legislation within the scope of dispute regulation. Overall, the legal experts considered the non-binding character of the current proposal to be unacceptable.

Ernst Hirsch Ballin, a former Dutch Minister of Justice and former Minister of Interior Affairs and Kingdom Relations, repeatedly emphasised the fact that the Kingdom could benefit from a binding dispute resolution mechanism. “Yes, the Kingdom Charter may be vague and inconsistent on some points”, he responded to a question from Dutch Member of Parliament (MP) André Bosman (VVD), “but an independent body could contribute greatly to the political discussions in the Kingdom by clarifying the constitutional framework of the Kingdom.”

Near the end of the discussion, when questioned by MP Nevin Özütok (GroenLinks) to cast a fictitious vote on the proposal as if they were members of the Second Chamber, all legal experts agreed that the proposal should be drastically amended or rejected, depending on the opinions of the Parliamentarians of the Caribbean Kingdom countries.

Quite some members of the Second Chamber committee urged the plenipotentiary ministers to submit a proposal for amendments. Wuite is therefore of the opinion that the overall message is clear: focus on amendments to the proposal and do this in close and continuous collaboration with all parties involved.

The first weeks of June are therefore critical for the Caribbean Kingdom Countries and their Parliaments to formulate amendments on the most fundamental elements of the existing draft dispute regulation, which should lead to all parties being in consensus on a final proposal, according to a communiqué from the St. Maarten House in The Hague.