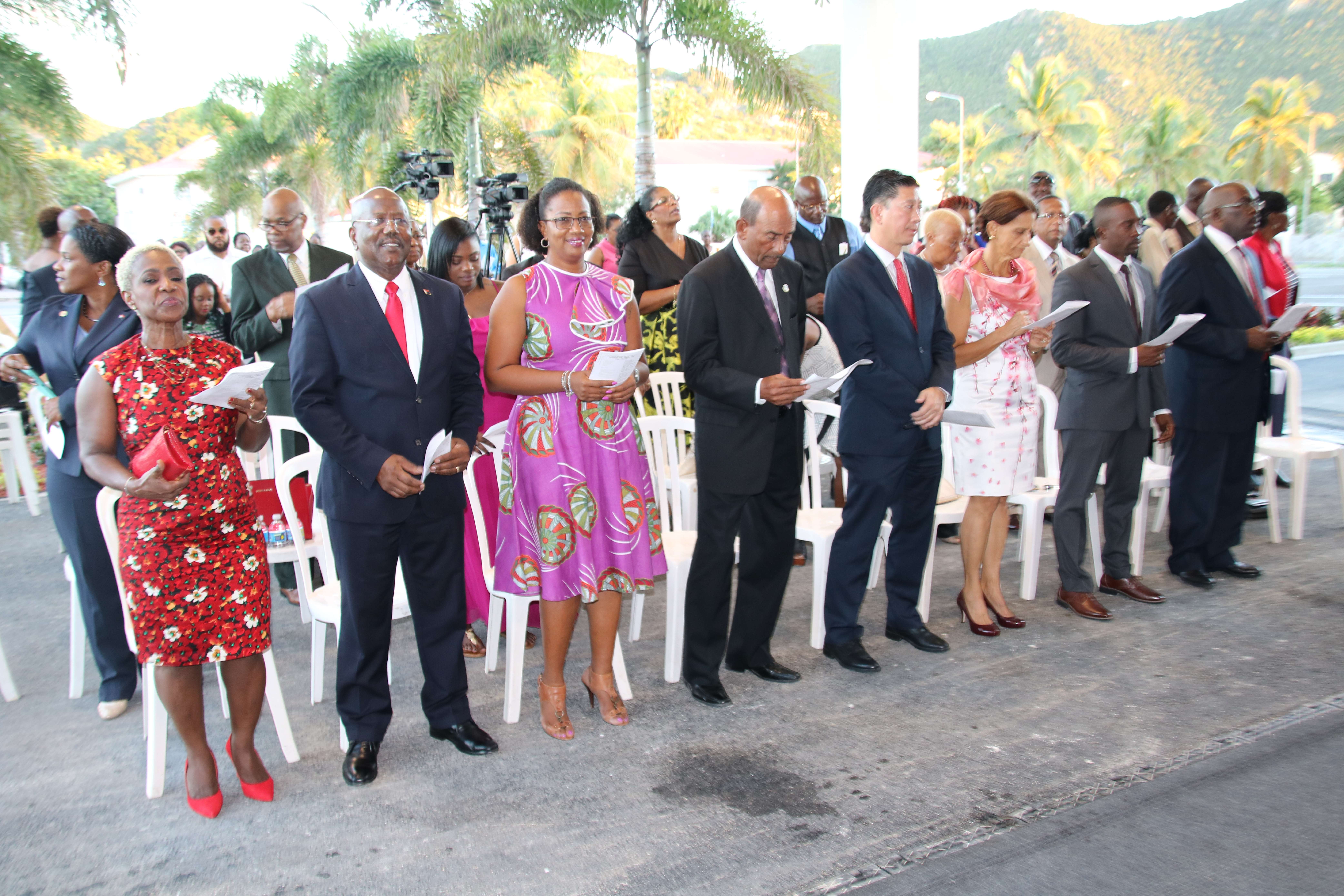 The Service usually takes place at the old Government Building, but Government decided to move the ceremony to the new building.

Prime Minister William Marlin said St. Maarten has much for which to be grateful, because it was once again sparred from a major hurricane hitting the island.

The ecumenical service began after 4:00pm with praise and worship led by the Harmonics gospel group. One of the major highlights of the event was a presentation by St. Joseph Primary School pupils. The building was decorated and lights were placed over the entire building, and Prime Minister Marlin officially flipped the switch during the service.

Several Pastors and church groups performed during the service. Some members of the Council of Ministers were present, but the majority of parliamentarians was absent from the ceremony.

The Thanksgiving Service is an annual undertaking by the St. Maarten Christian Council, St. Maarten United Ministerial Foundation and the Seventh Day Adventist Church supported by the Ministry of Education, Culture, Youth and Sports Affairs.

It is in keeping with compassion, tradition and the expression of gratitude, love and joy at the end of the hurricane season and light at the beginning of the Christmas season, in particular towards the less fortunate in our community whose fabric is being destroyed by violence.

The Service is observed on the first Sunday of December annually, inviting people of all faiths to congregate and give thanks and gratitude to God for an uneventful hurricane season. It was decreed in 1999 by an Executive Council resolution of the former Island Territory of St. Maarten and has since become part of the annual calendar of cultural programmes and activities.