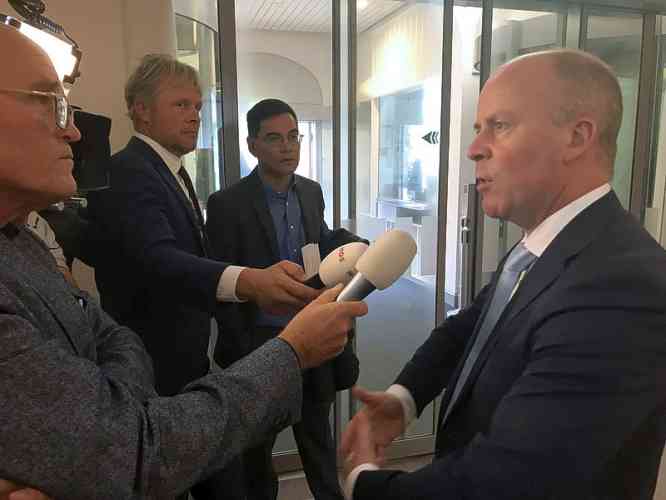 THE HAGUE–The next liquidity payments of the Dutch government to St. Maarten will be provided as loans and will not be deducted from the Recovery Fund. The Hague has attached a number of conditions to this liquidity support.

These conditions relate to, among other things, the improving of the detention capacity at the Pointe Blanche prison, the cutback of the salaries of the members of the St. Maarten Parliament, the input of the Dutch National Police and the reform in the area of pensions, including the increase of the pensionable age from 62 to 65.

Dutch State Secretary of Home Affairs and Kingdom Relations Raymond Knops stated this a letter that he sent to the Second Chamber of the Dutch Parliament on Friday regarding the liquidity support for the St. Maarten government and the consequences for the Dutch government budget.

St. Maarten again requested liquidity support early 2019. An agreement was reached in the Kingdom Council of Ministers. The Committee for Financial Supervision CFT made a calculation of St. Maarten’s liquidity needs, and the Kingdom government set a number of conditions for St. Maarten to receive this financial support.

State Secretary Knops explained in his letter on Friday that the “ambitions” of the reconstruction would be adversely affected if the liquidity support of 2018 and 2019 were to be deducted entirely from the Recovery Fund.

“For this reason, it has been decided to provide the next tranches in liquidity support via a bond, together with an advice of the CFT for every tranche (maximum four tranches per year),” stated Knops, who noted that this was the first time that liquidity support was being provided through a bond.

The bond facility for liquidity support will be evaluated prior to December 1, 2021, at which time an assessment will be made whether St. Maarten has financially recuperated and the country is no longer in need of liquidity support.

Knops made clear that the role of the CFT would fully remain. This means that the CFT will keep informing the Kingdom Council of Ministers about St. Maarten’s financial situation, and that the CFT will indicate with every advice regarding liquidity support as to whether St. Maarten will be able to repay the loan.