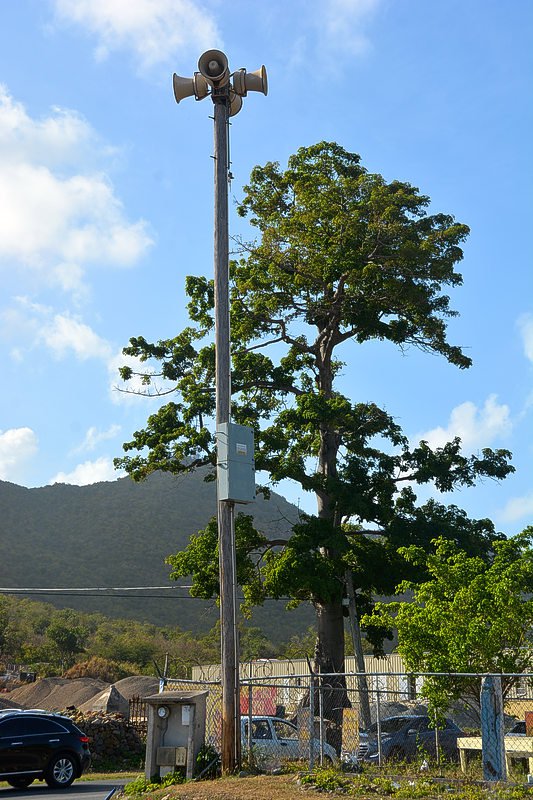 PHILIPSBURG–With recent earthquakes shaking up the island and another hurricane season around the corner, The Daily Herald addressed concern about the operation of St. Maarten’s Outdoor Warning System to the Office of Disaster Management (ODM) on Thursday.

It was common practice for ODM to conduct regular drills with this system. The Outdoor Warning System was installed in strategic locations in St Maarten in 2014. Speakers were specially placed to warn the public in case of an emergency such as an earthquake, tsunami or hurricane.

The system has been down for three years and Disaster Management Head Paul Martens said its nerve centre is down at the moment, but the office is awaiting payment from Government to order a new system.

“The previous software was a common alerting protocol system, but from a company in California. We got it through a regional project. The company no longer exists, so that is why there is no possibility of getting the software back working.

“The company we are now contracting is called Optim IT. They have installed the same systems in Anguilla, Dominica, Barbados, St. Lucia and St. Vincent and the Grenadines. The company is being contracted by UNDP [United Nations Development Programme – Ed.] in Barbados,” stated Martens.

This newspaper asked him how long the system had been down exactly, “I am not sure how long they have been down. The central operating system has corrupted, software issues.

“The sirens on the current system can be operated manually though, but not centrally as is the intention. The new system is called ‘common alerting protocol (CAP) perpetual software for the emergency warning system (EWS)’ and the company has trained professionals available in the region in case anything needs to be done that cannot be handled remotely,” said Martens.

The Council of Ministers approved the funds to purchase the new system in October 2016, but the Finance Department has not yet released the funds. “We are waiting for the funds to be released so that we can buy the system and get it installed,” added Martens.

For now St. Maarten remains without an Outdoor Warning System.