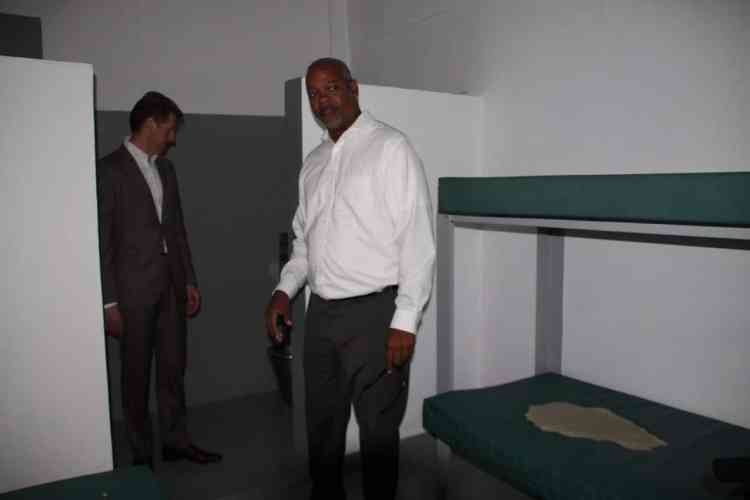 THE HAGUE–The St. Maarten police cells were the topic of discussion during the weekly Question Hour in the Second Chamber of the Dutch Parliament on Tuesday. Member of Parliament (MP) Chris van Dam of the Christian Democratic Party CDA sought clarity on media reports that the Dutch Kingdom had been placed under supervision of the Council of Europe.

Van Dam shared the news published in several Dutch Caribbean media, including The Daily Herald, that the Committee of Ministers of the Council of Europe had decided to follow the so-called “enhanced” execution procedure following the ruling of the European Court of Human Rights in the case of St. Maarten businessman Francesco Corallo against the Dutch Kingdom.

Corallo’s lawyer Eldon “Peppie” Sulvaran stated in the media that the enhanced execution procedure meant a “heavy and intensive supervision on the measures the Kingdom must take to improve detention conditions in St. Maarten.”

Van Dam asked Dutch Minister of Defence Ank Bijleveld-Schouten during the Question Hour why the Kingdom had been placed on an enhanced-supervision list that also contained countries like Russia, Ukraine, Turkey, Poland and Romania. “Why are we on this list, and what can we do to get off this list?”

Bijleveld-Schouten agreed that the Dutch Kingdom should not be on this list. She pointed out that it was the responsibility of the country St. Maarten, not the Netherlands, to make sure that the detention facilities were in order and complied with international human rights standards. “It is clear that St. Maarten needs to take responsibility for this,” she said.

Judging from the action plan, the Kingdom government said it believed the measures taken so far and future steps would fulfil the requirements of the European Court’s ruling of October 2018 and that through these measures similar violations would be prevented in the future.

In the report, it was explained that in the wake of Hurricane Irma, the facilities adjacent to the Philipsburg police station had been renovated. “Leakages have been repaired and recently the walls have been painted to improve the atmosphere in the facility. As for the conditions in the cells, the sanitary facilities have been separated by a wall from the rest of the cell.”

Also, measures have been taken to provide all detainees with a bed, sheet, pillow and towel, and with hygiene products, it was stated. “Ventilation and access to natural light are issues that need further attention but have been improved as far as possible in the facility as it stands now.”

With regard to the duration of detention in police custody, the Kingdom government reported that persons were not detained in excess of three days, or at most, 10 days. “The cells are not used to hold remanded and sentenced prisoners anymore. In view of the overall detention policy aimed at preventing overcrowding, a cap has been placed on the maximum number of detainees per cell.”