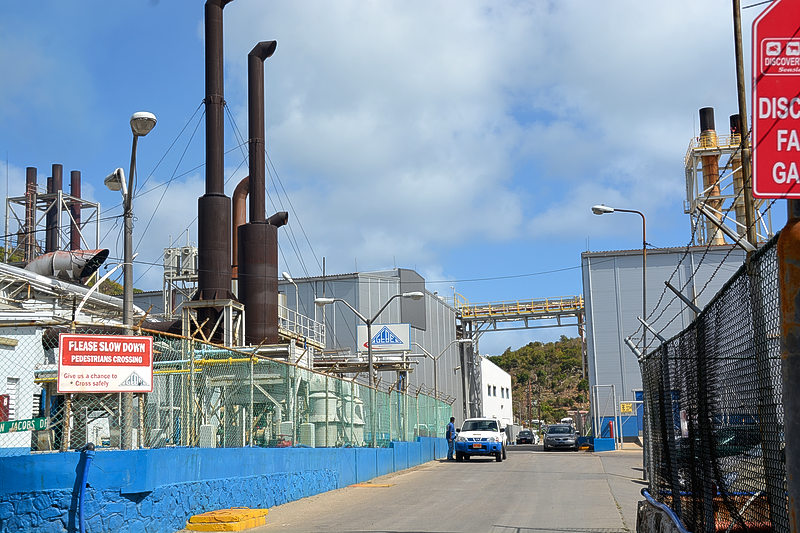 PHILIPSBURG–The nine separate power cuts St. Maarten businesses and households were subjected to over the past month, ranks the country’s electricity infrastructure at the same level to that of the African countries of Tanzania and Burkina Faso.

This was the conclusion made by the St. Maarten Hospitality and Trade Association (SHTA) upon examining figures from the World Bank.

SHTA said in a press release on Wednesday that its members registered nine separate power cuts in the various districts at various times over the past month. “According to World Bank figures, that makes St Maarten’s electricity infrastructure currently rank between the monthly average of the African countries of Tanzania (8.9 power cuts per month) and Burkina Faso (9.8),” SHTA said in its release.

SHTA said it began monitoring power cuts in St. Maarten as of this year. By benchmarking internationally, SHTA aims to support the new GEBE board and the country in general towards a more stable energy provision.

The World Bank power outage data are derived from 125,000 enterprises from 139 countries submitting their power outage reports. Surveyed companies both report the frequency of outages, duration as well as damage done by the outages on its annual company revenues, SHTA said.

The Association began the benchmarking process this year as it saw no improvement over 2016 in combating power cuts, whereas economic dependence on electricity rapidly grows every year, the release said. “As internet has taken over hotel and activity bookings, forms an essential infrastructure to the financial and services industry and last but not least has become of great importance in daily communications, SHTA underlines the importance of continuous energy provision for the future of St Maarten.”

Next to the structural hampering of business during power cuts, the high voltage boosts following the lack of electricity led to destruction of expensive devices like compressors and fridges. The companies reporting to the World Bank of countries encountering power cuts comparable to St Maarten’s level state that the total amount of cuts cause an average loss of 15.1 per cent (Tanzania) to 5.8 per cent (Burkina Faso) of annual revenues.

“These figures support SHTA’s opinion that through lack of foresight and proper planning by government and GEBE, the electricity infrastructure has become below par,” SHTA notes. “The brunt of the costs of below par electricity infrastructure will be carried by the average households and small to medium sized businesses. These individuals and groups are least able to afford equipment to mitigate the effects of frequent power-failures and suffer more loss of business and damage. It would behove Government to focus on helping GEBE to improve the level of service to acceptable standards, instead of extracting more and perhaps un-sustainable dividends from the company.”

Of all countries surrounding St Maarten in the World Bank outage statistics, St. Maarten has one of the highest Gross Domestic Product (GDP) per Capita and a relative small area. SHTA said this only underlines the opportunities for rapid improvement as soon as government makes proper and sustainable energy provision a key priority. “As the largest independent business representative, SHTA is concerned that the poor electricity infrastructure performance will hamper sustainable growth throughout all sectors.”

The Association called on its member companies and schools as well as non-members to send in power cut reports by email to: support@shta.com Persons are asked to note time of outage as well as the district suffering from the blackout. “At this point, SHTA does not aim at sharing aggregated power cut numbers with the World Bank, but it does intend to use the data to monitor national St Maarten improvement as well as for international comparison.”

SHTA said it acknowledges that GEBE had “a rough start” of 2017, and said it is confident that the average number of outages will decrease and the island will rank better than it does right now.

The full World Bank enterprise survey data on power cuts see can be read at: http://www.enterprisesurveys.org/data/exploretopics/infrastructure

September 23, 2022
1
Lawyer Cor Merx and his assistant (left) with Mark Mingo (center) on Friday, after the announcement of the multi-million dollar claim for damages in the Emerald casePHILIPSBURG—Seven prosecutors in the Emerald investigation into fraud in Port St. Maarten have...
Read more