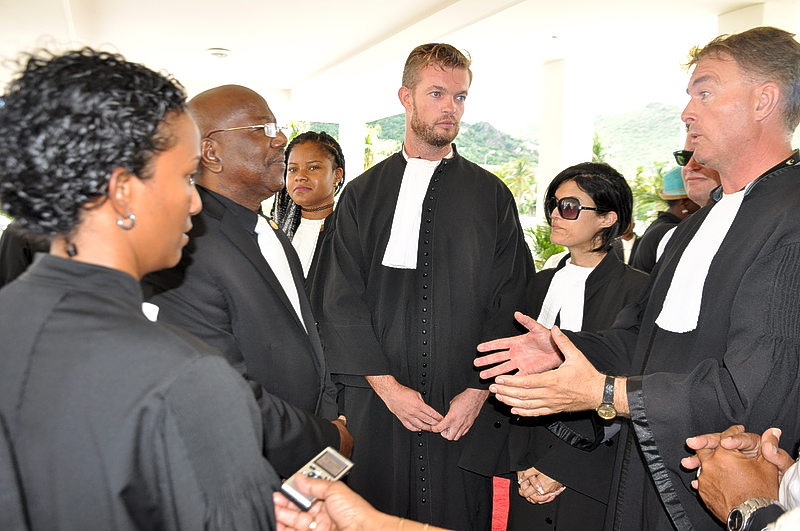 PHILIPSBURG–The majority of pro-bono lawyers on St. Maarten intend to go on strike once again, due to the fact that Government has not been paying their fees since December 2016. Therefore, they have set an ultimatum for payment of the outstanding amounts for Friday, March 31. In case of non-payment the lawyers will go on strike as per April 1, until the outstanding bills have been paid in full.

Also last year lawyers went on strike from September 7 until October 6, because Government had failed to pay their bills. They even marched to the new Government Administration Building to persuade Government to finally pay out what they were due.

“It is the same old story again,” attorney-at-law Geert Hatzmann said in an email message. “The Ministry of Justice is blaming the Ministry of Finance, and vice versa. We do not care and demand that our outstanding invoices are paid in full by Friday, March 31, 2017, at the latest. If that is not the case we will be going on strike as per April 1, 2017 (isn’t that an appropriate date?! [April Fools’ Day – Ed.] until the outstanding amounts have been paid in full,” Hatzmann stated.

In a personal comment he said he found it “incomprehensible and scandalous” that Government has not learned its lesson since last year’s strike. “How can it be that a budget of US $80,000 was made available for Christmas decorations at the Government Administration Building, and that huge amounts are being spent on all kind of trips for Ministers, but that there apparently is no money available to pay pro-bono lawyers? Apparently this Government does not lend any value to the rule of law,” stated Hatzmann.