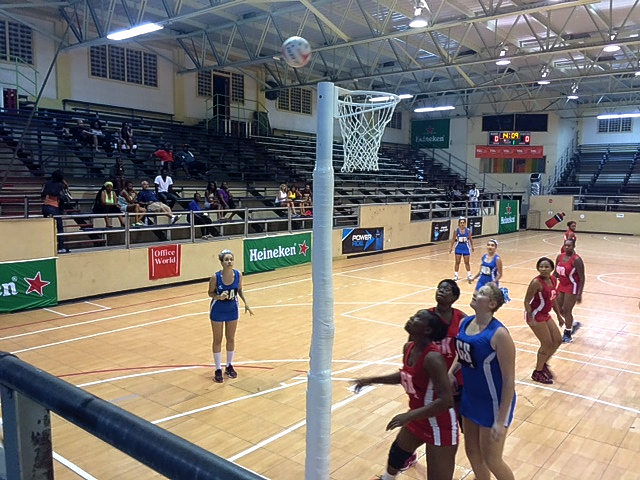 PHILIPSBURG–St. Maarten is the host and a participant of the U21 World Cup Netball Qualifier of the Americas Federation of Netball Association.

Eight teams in Argentina, Barbados, Canada, Grenada, St. Kitts, St. Lucia, St. Maarten and Trinidad and Tobago will be vying to fill just three spots from Americas region.
The qualifiers begin August 22 and ends on August 28. All the matches will be played at the L.B. Scott Sports Auditorium.
After the qualifiers are completed, the three top teams to fill those spots will compete in the Netball Youth World Cup in Botswana in July next year.
The girls from St. Maarten will play their first match against Argentina from 8:30pm.
The members of the team of The Friendly Island are Sasha Gay Campbell, Shekinah Campbell, Jeanel Landefort, Jeanice Landefort, Odesa Mc Bean, Jamaiah Newton, Sashin Reid, Kayla Robinson, Ann Kay Rose, Dayna Clarke, Alvinasha Salmon and Amani Woodley.
The local girls played a few practice matches last week and are all geared up and ready for tonight’s opener.
A big crowd is expected to be at the L.B. Scott Sports Auditorium supporting the U21 girls who will be flying the colours of the home team.