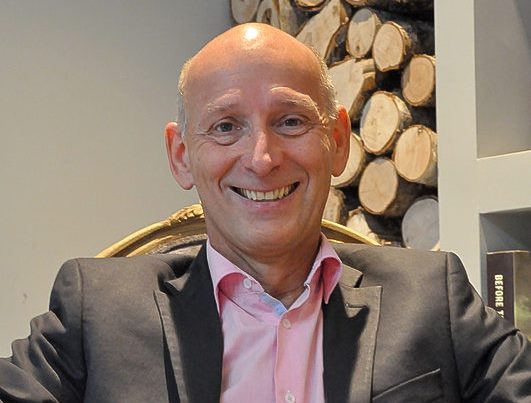 THE HAGUE–Dutch Ambassador Norbert Braakhuis (63) has just finished packing his bags and shortly will be moving from Havana, Cuba to Caracas, Venezuela. Stationed in Cuba since 2012, he was part of the historic developments to open up the Caribbean country.

The Dutch Caribbean countries need to keep a close tab because Cuba’s rapid tourism development will most certainly have its effect on the region.
“If you can’t beat them, join them. Be prepared for the changes in Cuba, because they will come.” Braakhuis already relayed this message to Aruba, Curaçao and St. Maarten three years ago when he had talks with government entities and representatives of the private sector on the three islands.

Aruba and Curaçao have acted: its governments recently signed a Memorandum of Understanding with Cuba. St. Maarten has not. “St. Maarten should engage in talks with the Cuba Government,” said Braakhuis in an interview with The Daily Herald.
With the opening up of Cuba and the semi-lifted travel ban with the United States (US), the rest of the Caribbean now has to reckon with a large regional player with an enormous capacity. Cooperation is essential. “You have to be part of this. You have to make deals, and if you can’t make deals at least be well aware of what is happening in Cuba,” said Braakhuis, who mentioned the wish of many tourists to visit multiple destinations once they were in the region.

In October 2015, Braakhuis held a well-attended lecture in St. Maarten. His main message was to make sure that St. Maarten was part of Cuba’s developments and to acknowledge Cuba as a potential player in the Caribbean tourism market, otherwise it would be too late.
According to the ambassador, Cuba has a lot to offer. The market is very diverse, very large in size and presents potential competition. “Cuba is 100,000 square kilometres in the area of culture, heritage, nature, outdoor activities, old cities and 8,000km shoreline and diving. It has authenticity and a very pleasant people.”

US authorities so far have secured permission to execute 110 flights to Cuba per day, which are now in the process of authorisation. Cruise companies and hotel operators from the US, but also from Canada and European countries, are vying to get access to the Cuban market. Permission for the construction of new hotels is being given, as well as for marinas and golf courses. “More requests are coming in faster than that permission is being given.”

The first tests with larger cruise ships have taken place, and Cuba wants to expand its cruise facilities. “Things are moving fast. Within four years a large number of hotel rooms will be added,” said Braakhuis, who also anticipates that the business market with congresses and events for professionals will see a major development.
The number of foreign visitors to Cuba has sharply increased over the past few years. In 2014, some 2.8 million tourists came to the island; in 2015, this number had risen to 3.2 million and for this year the numbers will exceed four million. Around 2020, an estimated seven to 10 million visitors will be coming to Cuba.

The number of US visitors soared 77 per cent in 2015, swarming hotels and restaurants that have been booked to capacity. The tourists from other countries, also from the Netherlands, are finding their way to Cuba in increasing numbers as well. An infarct is looming for the current facilities at the international airports and cruise harbours, making expansions a necessity.

Braakhuis was appointed Dutch Ambassador to Havana in August 2012. Before that he was stationed in amongst other places Sudan, Cameroon and Bolivia. Latin America and Africa are his two great passions. He has always been fascinated by Cuba and showed more than average interest in the country as a student of international relations at the University of Amsterdam.

“Ever since I arrived in Cuba, I was convinced that things were moving. The internal reform process started when Raúl Castro took over. This process may not have been easily seen by outsiders, and in authoritarian countries it takes longer because it happens behind closed doors,” said Braakhuis.

The large size of the Cuba Government, with some 85 per cent of the people being in government service, also had a paralysing effect on the reform process, as did the focus on the common enemy, the US. Civil servants have slowed down the reform process. In the past few years, some 650,000 civil servants have been laid off in a major operation to limit the size of government and to reduce expenditures.
Braakhuis said it was important to keep looking critically at the reform process in light of human rights, but one also had to look at the things that were positive, to reflect on the changes and to guide the process.

The Ambassador is looking forward to his new assignment in Caracas where he will start per mid-August. A country in turmoil, Braakhuis can expect great challenges and a lot of insecurity in the biggest neighbouring country of the Dutch Kingdom. “We are in a special position because we are the only ones in Europe with Venezuela as a neighbouring country.”

The special position of the Dutch Caribbean in the region so close to Venezuela has to be included in the approach towards the South American country. “We should not only look at this from a Dutch perspective. Traditionally, the Caribbean part of the Kingdom has a very strong relation with Venezuela.”

Trade missions of the Kingdom with the active participation of the Dutch Caribbean countries have proven a very successful recipe. The recent trade missions to Cuba, headed by Dutch Minister of Foreign Trade and Development Cooperation Lilianne Ploumen and the large trade delegation from Curaçao with Minister of Economic Affairs Eugene Ruggenaath in June 2016, were a good example.

Braakhuis said he was looking forward to the future trade missions to Venezuela, naturally with the active involvement of the Dutch Caribbean. The Dutch embassy in Havana has shown that it wants to play a facilitating role in attracting and accommodating visiting investors and businesses. Braakhuis said that a communication area with computers, internet, information “and a good cup of coffee” would be opening at the embassy in Havana later this year.

In Caracas, Braakhuis intends to maintain his open door policy. “We are an embassy of the Kingdom. For the islands it is also their embassy, so they are more than welcome. Because the Dutch Caribbean has close ties with Venezuela, they have to make their voice heard and we should listen to them. The interests of the islands should be resounded. I will explicitly seek communication with the countries, and I will visit them on a regular basis.”
Source: Daily Herald
St. Maarten should stay close to Cuba