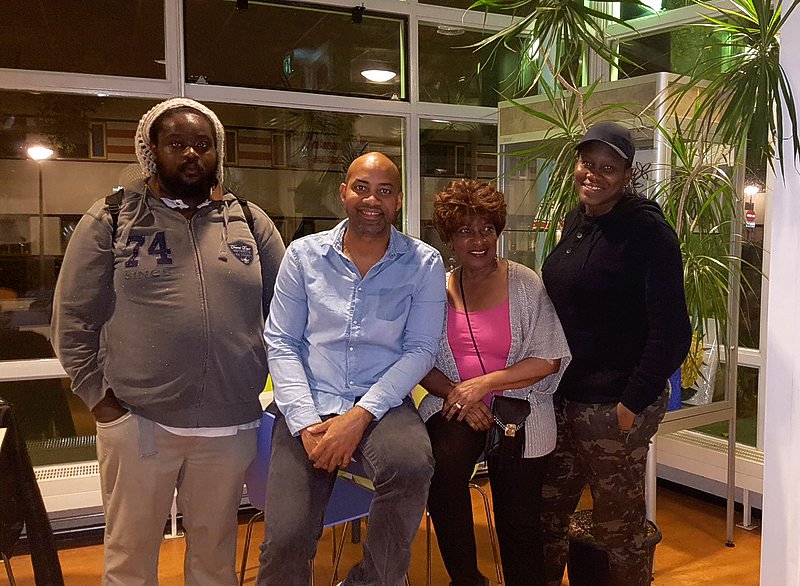 THE HAGUE–One Happy Kingdom is the title of a living-history event in The Hague on November 12. The cultural gathering, initiated and produced by heritage and diversity specialist Valika Smeulders, deals with the abolition of slavery, the achievement of the enslaved in St. Maarten who freed themselves in 1841 and cultural expressions dating back to these times such as the folk dance Ponum.

One Happy Kingdom will bring living history, music and dance from the different parts of the Kingdom together in a new sensation of freedom, equality, solidarity and citizenship, now and then. That is what the event promises to bring. But what does that mean? The Daily Herald asked Smeulders to explain the background of this one-time event, the proceeds of which will go to hurricane-devastated St. Maarten.
The idea is to put the spotlight on the more unknown parts of the shared history in the Kingdom, in particular the times of slavery. The abolition of slavery by the Netherlands in 1863 did not just happen.
“It is also interesting to know what happened before that time. There were lobbying efforts and court cases in the Netherlands, but on the islands there was a protest movement. Tula led a revolt in Curaçao, the enslaved ran away from the plantations in St. Maarten to the French side which was in solidarity,” said Smeulders.
The enslaved in St. Maarten in 1848 were de facto already living in freedom on the French side where slavery had already been abolished. “It is this power, cooperation and solidarity that we should celebrate more, focusing on the human story instead of the legal abolition in 1863,” she said.
That is exactly that what Smeulders hopes to achieve with One Happy Kingdom, a co-production of the Kingdom Relations Committee: an expression of this history in dance and music. “More attention for this under-exposed part of history, showing people that the slavery past can also be inspirational with power, beauty and creativity,” Smeulders said.
The Ponum Dance will play an important role in the event on November 12. “The Ponum was danced to celebrate freedom, and up to now it is still a major part of St. Maarten’s immaterial heritage,” said Smeulders, who aims to combine history and culture in a manner that is accessible to the larger public through theatre, but also through heritage walks and tours in The Hague through her organisation Pasado Presente (Past Present).
One Happy Kingdom will feature a wide variety of talents, with special roles for jazz performer Anastacia Larmonie, choreographer Adrien Busby, comedian/presenter Jörgen Raymann, actors Genelva Krind and Milouska Meulens and singer Kris Berry, complemented with the input of many others such as Mathias Voges, Edwina Hodge, Ron van der Veer, Mike Ho Sam Sooi, Maarten van Rooij and Smeulders herself.
The choice for the venue of the event, Theatre Diligentia, was not a coincidence: it was at this location that Dutch politician Groen van Prinsterer organised a meeting in November 1841 in which he and others called for the abolition of slavery in the then-Dutch colonies Suriname and the Netherlands Antilles.
Curaçao-born Smeulders is an independent researcher and curator, specialised in heritage, diversity, the colonial past and museums. She has written about the presentation of the slavery past in the Netherlands, Curaçao, Suriname, St. Maarten, Ghana and South-Africa.
She is connected to the Royal Netherlands Institute for South-East Asian and Caribbean Studies KITLV in Leiden where she studies the diasporas of the Dutch Caribbean, among other things. As curator of the Amsterdam Rijksmuseum, she has been working on a 2020 exhibition about the Netherlands and slavery.
Earlier this year Smeulders published an interesting paper titled “Slavery, heritage, commemorating and identity in the Kingdom.” Within the Kingdom, the commemoration of the abolition of slavery, also referred to as Emancipation Day, on July 1 has become an increasingly important event in the Netherlands, but also in St. Maarten.
The mixed community with many nationalities that typifies St. Maarten is not only of the present times, but also existed in colonial times when those forced into slavery on both sides of the island formed one community, wrote Smeulders.
“This border-transgressing solidarity makes St. Maarten a special history within the larger history of the abolition of slavery, and an interesting case in our thinking about the meaning of the past and the current relations to that past,” stated Smeulders in the article, published in the magazine for Suriname and Caribbean Studies OSO.
A lot less is known about the history of St. Maarten, especially when compared to what is known about Suriname and Curaçao. Very little has been written about St. Maarten’s slavery past and outside of St. Maarten few people know this part of history.
The fact that slavery was abolished in nearby colonies of France, Great Britain, Sweden and Denmark years earlier than the Netherlands in 1863 had a direct impact on St. Maarten. France definitely abolished slavery in 1848, but in the French Caribbean slavery was also abolished in 1794 and 1802 thanks to the successful revolution of the slaves in Haiti.
There was a lot of contact between the enslaved and the former enslaved in St. Maarten/St. Martin. Slaves from the Dutch side could easily walk over to the French side, also because plantation owners owned property on both sides of the island. Some freed slaves came over to St. Maarten to work at the Salt Pond.
Through these intensive contacts, the enslaved on the island were well aware of the process to abolish slavery in the British and French territories. This inspired the St. Maarten enslaved to flee to the territories where they were free. People also fled into the hills and into caves. The female slave One Tȇté Lohkay was an example of this.
Despite the harsh punishments, many enslaved kept fleeing; for example, in 1840 all enslaved of three plantations owned by a Dutchman and, in 1848, when Emancipation in the French territories was announced, all enslaved fled the Diamond Plantation.
From that period, songs were kept that spoke about the experiences of people on the French side who were already freed and expressed their sympathy for those who were still living in slavery on the Dutch side. The Ponum Dance originated in this time.
Tickets for One Happy Kingdom are available at
https://www.diligentia-pepijn.nl .