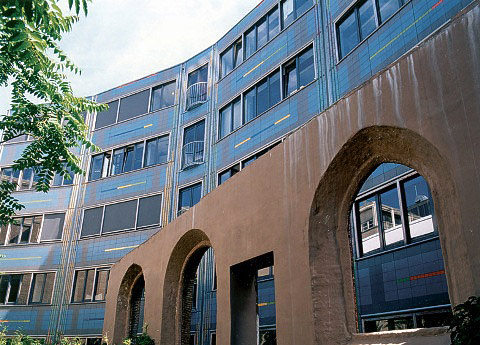 THE HAGUE–The Netherlands General Audit Chamber expressed concerns about the financial situation of Country St. Maarten and the financial management of the Caribbean Netherlands in its 2016 annual report regarding Kingdom Relations and the BES Fund that was released on Wednesday.

“The financial management of the three Caribbean Netherlands islands and the financial situation of Country St. Maarten remains a source of concern for the Dutch Government,” it was stated in the 2016 accountability research report of the General Audit Chamber.

The General Audit Chamber shared the concerns of The Hague which were stated in the 2016 Annual Report of Kingdom Relations and the BES Fund that caretaker Dutch Minister of Home Affairs and Kingdom Relations Ronald Plasterk sent to the Dutch Parliament on Wednesday.

“In August 2016, it became clear that the 2016 budget of Country St. Maarten no longer complied with the norms of the Kingdom Law Financial Supervision. By the end of 2016, the Governor still could not ratify the 2016 budget and the annual accounts 2012-2015,” the General Audit Chamber stated, with a clear reference to the St. Maarten Government and the Parliament.

“St. Maarten’s financial situation was very worrisome in 2016. It is of importance that all countries of the Kingdom strive for financial solidity and the associated solvency. The Dutch Caribbean countries carry their own responsibility in this. The Committee for Financial Supervision CFT has an alerting role towards the Minister of Home Affairs and Kingdom Relations.”

The General Audit Chamber noted in its report which was sent to the Dutch Parliament on Wednesday along with the 2016 annual report of the Kingdom Relations and the BES Fund, that in August 2016, the CFT concluded that St. Maarten gave insufficient follow-up to the 2015 instruction of the Kingdom Council of Ministers. As a result, the 2016 budget no longer complied with the norms of the Financial Supervision Law.

Subsequently, St. Maarten did not comply with the conditions to be able to borrow for capital investments and for the refinancing of the loan supplied by the Dutch Ministry of Finance. In consultation with the CFT and the Minister of Home Affairs and Kingdom Relations, the Ministry of Finance decided to prolong the term of the St. Maarten loan against more strict conditions.

Recently St. Maarten’s Finance Minister Richard Gibson announced that a green light was received of the CFT to seek loans for investments on the capital market. The CFT informed the Kingdom Council of Ministers in early March that in CFT’s opinion sufficient follow-up was given to three of the five conditions of the 2015 instruction. This cleared the road for attaining loans on the capital market.

The Audit Chamber stated that CFT’s bi-annual report over the second half of 2016 mentioned a slow progress in the financial management of Country St. Maarten. “The annual accounts 2012-2015 have not been ratified and also not handled by the St. Maarten Parliament. This has consequences for the drafting of new budgets, because these depend on the results of the preceding budgetary years. The CFT indicates that St. Maarten’s financial management needs to get sufficient priority in order to secure an approved declaration with the annual account over the budgetary year 2020.”

The Audit Chamber was also critical about the financial management of the Caribbean Netherlands islands St. Eustatius and, to a lesser extent, of Bonaire and Saba. “Bonaire, St. Eustatius and Saba were unable to submit the reports on the execution of the 2016 budgets in time to the Minister.”

Preliminary financial supervision was imposed on the St. Eustatius Government in 2016. In that same year, no substantial improvements were made in the area of financial management. The replacement of the Commissioner of Finance, the lack of cooperation of the local Government to execute the preliminary supervision and the poor progress in the execution of the Plan of Approach were mentioned as main reasons. “The Minister on March 7, 2017 announced an investigation into the functioning of the Public Entity St. Eustatius.”

The irregularity at the SZW Ministry regarded the supplying of social allowances in the Caribbean Netherlands and at the VWS Ministry it concerned an uncertainty of the legitimacy of expenditures made on behalf of the islands. “We have also seen reports in the area of financial management in the collection of taxes.”

The Audit Chamber advised the Minister of Home Affairs and Kingdom Relations to take the lead to check with colleague Minister whether a joint approach can help to solve the financial management problems on short term.

Given the status of the financial management in the Caribbean Netherlands, the Audit Chamber repeated its earlier call for the establishing of a joint Caribbean Netherlands Audit Chamber. “This will not be easy, but we find this of importance to increase a transparent public accountability and an adequate control on the islands. We are of the opinion that this democratic right needs to be secured.”

In a response to this recommendation of the Audit Chamber, Minister Plasterk stated that together with caretaker Minister of Finance Jeroen Dijsselbloem he was willing to research the possibilities to expound on the expenditures for the Caribbean Netherlands in a more uniform manner within the budget.