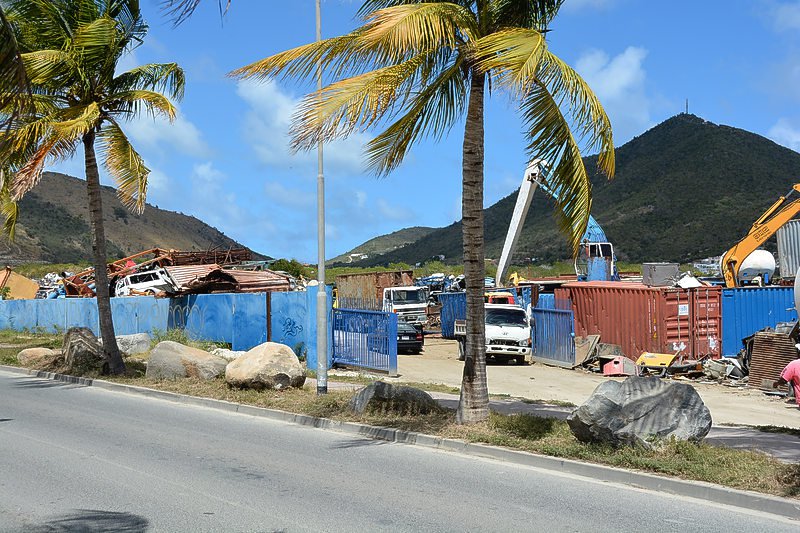 AMSTERDAM–Dutch authorities have requested the transfer of André B., the owner of Bakker Recycling in St. Maarten who was arrested in St. Maarten on March 14 in connection with a large international money laundering investigation.

The 49-year-old B. remained in custody in St. Maarten, while three other suspects, arrested in the Netherlands, also remained locked up. A fifth suspect, a 36-year-old woman hailing from the same town, Nieuw-Schoonebeek, as André B. was arrested in Germany. The Dutch Public Prosecutor’s Office has also requested her transfer.

On Monday, Dutch police arrested a sixth person in this case. It concerns a 41-year-old man, also from Nieuw-Schoonebeek. He was arrested at Amsterdam’s Schiphol Airport upon his arrival from Suriname. According to the Telegraaf newspaper, the suspect was Raymon G., reportedly a brother-in-law of André B. from St. Maarten.

G. and B. are both in the scrap metal business. They own companies in Suriname and St. Maarten. Last week, scores of police officers, defence personnel and inspectors of the fiscal intelligence unit FIOD carried out searches in 30 buildings in four different countries: the Netherlands, Germany, Belgium and St. Maarten.

Authorities confiscated some 8 million euros in real estate, luxury cars, jewellery and cash. Several houses in the Netherlands were confiscated, as well as a large discotheque in Germany and an apartment in St. Maarten.

According to Dutch police, the focus is now on the hearing of the suspects and the analysing of the confiscated computer equipment and financial administration. Further investigation should provide clarity on the revenues, expenditures and the money flow of this suspect money laundering network. More arrests were not excluded.

January 20, 2021
0
PHILIPSBURG--Missing girl Angreille Pamilly Wigley (14), whose parents reported her missing on Tuesday after she had not been home in more than 24 hours, returned home safely on Wednesday, said the St. Maarten Police Force KPSM.  Police said its...
Read more