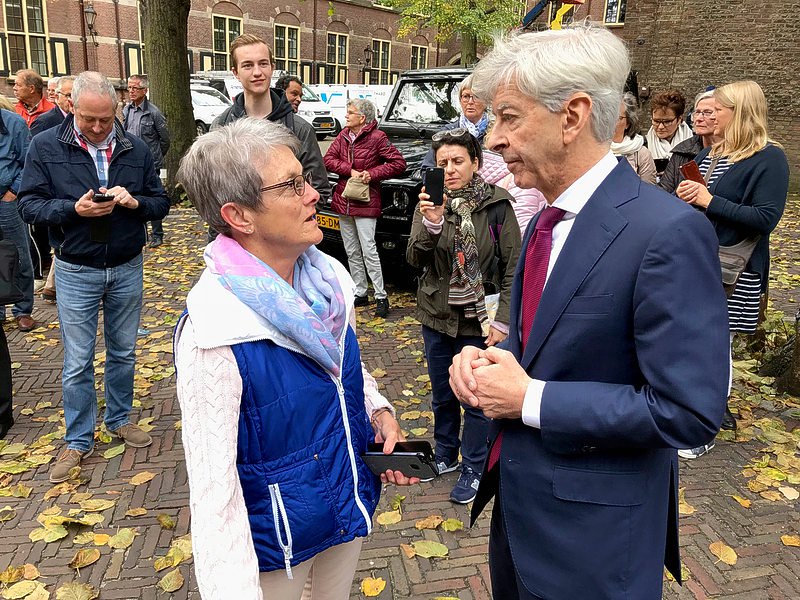 Brussels is willing to send the available European funds to St. Maarten and St. Martin, Juncker stated in a letter he sent to European Parliament President Antonio Tajani. “I share your view on the need for a European integrated approach to support the reconstruction efforts on both parts of the island,” Juncker stated.
Juncker called for close cooperation between the two sides of the island. “St. Martin and St. Maarten need, more than ever, to work hand-in-hand. The Commission will make every effort to ensure complementarities between EU interventions and ease the cooperation and the development of joint projects at a local level,” he said.
Juncker reassured Tajani that the Commission was in close contact with the relevant authorities and stood ready to redirect available European funds to St. Martin and to St. Maarten for rebuilding operations. “In parallel, the Commission is taking all the necessary measures to release all possible aid without delay,” he stated.
He thanked Tajani for the solidarity expressed by the European Parliament during the plenary session last month following the disaster caused by Hurricane Irma. “The chain of events that continues to devastate the Caribbean calls for prompt and coordinated action at an EU level and for a close cooperation with all relevant stakeholders that can play a role in the emergency and reconstruction phases,” Juncker said.
The media reported shortly after Hurricane Irma that St. Maarten, due to its different constitutional status as a country within the Dutch Kingdom compared to French St. Martin, could not formally make use of the EU Solidarity Fund. Tajani had implored Juncker to solve this issue, even if it meant that the money had to come from other EU funds.
Member of the European Parliament Esther de Lange of the Dutch Christian Democratic Party CDA, who had brought up the matter in a plenary session last month, said she was very happy with Juncker’s commitment.
“It was hard to explain that the Dutch side would be able to make less use of the EU funds than the French side. Fortunately, the EU looks beyond the legal details when it concerns the recuperation of victims of natural disasters,” she told the Dutch press agency ANP.
Dutch caretaker Minister of Home Affairs and Kingdom Relations Ronald Plasterk called it “good news” that the European Commission was willing to treat St. Maarten equally. “I am glad that no cut is being made between the French and Dutch sides. We did our best to ensure that St. Maarten would receive equal assistance,” he told reporters on Friday.
Plasterk said the manner in which the European funds would be embedded in the reconstruction programme for St. Maarten still had to be decided on. He also could not provide an amount of the European assistance, nor could he give a precise indication of the amount the Netherlands will invest in the reconstruction fund.
The Dutch Government will add a “substantial” amount, estimated at several hundred million euros, to the fund once an agreement has been reached with the St. Maarten Government and the Dutch preconditions have been approved by Philipsburg. The Kingdom Council of Ministers took this decision on Friday and will meet again in two weeks to give St. Maarten time to agree.
Plasterk said the preconditions – to establish the Integrity Chamber before October 31 and to have the Royal Military Police (“Koninklijke Marechaussee”) and Dutch Customs beef up the border control – were “very clear and logical.”
“Everybody in St. Maarten and the Netherlands will agree that a country is not served in the longer term when hundreds of millions are pumped in without integrity being guaranteed. That would only attract the wrong people,” he stated after Friday’s meeting of the Kingdom Government.
“A speedy (re)construction coupled with a lot of money is always a sensitive phase integrity-wise, especially because it has been concluded by various committees that there are integrity issues in St. Maarten,” said Plasterk. He emphasized that the Dutch Government will keep pressing on the establishing of an Integrity Chamber.
The beefing up of Immigration by the Marechaussee, under the responsibility of the St. Maarten Minister of Justice, is important to safeguard the border, he said, “because you don’t want an influx of illegal immigrants under these circumstances.”
Plasterk urged the St. Maarten Government to consent to the Dutch preconditions so the Kingdom Council of Ministers could finalise the reconstruction fund in two weeks. “Then we can affix the amount and get to work. If not, then not, but that would not be good for the people on St. Maarten.”
Plasterk said it was both his preference and that of the St. Maarten Government to do this based on a mutual understanding, cited in article 36 of the Kingdom Charter, instead of invoking article 51 of the Charter and imposing the reconstruction package through a General Measure of the Kingdom Government (“Algemene Maatregel van Rijksbestuur” AMvRB).
He said it was important to “seize the moment” now that the images of the immense damage and the urgent need for assistance were still “fresh.” “The tide can change when cruise ships start calling on the island in a few weeks and people start asking ‘Why should we still help?’” he said.
The Dutch reconstruction aid for St. Eustatius and Saba will be arranged in a separate fund, it was decided on Friday. Plasterk explained that this had to do with the fact that the islands were a part of the Netherlands and the Dutch Government was directly responsible for them. He said the involved ministries would each be doing their own part in the reconstruction of St. Eustatius and Saba.