Home Local News St. Maarten to go ahead with US pre-clearance despite Trump ban 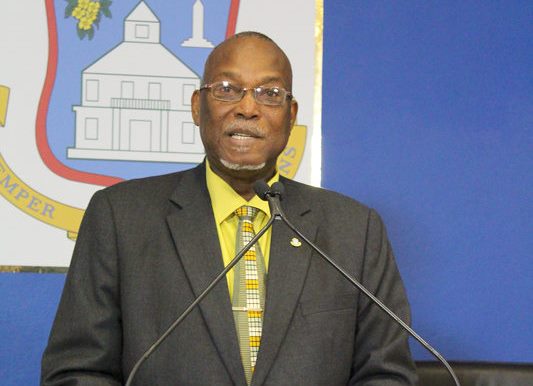 PHILIPSBURG–St. Maarten will continue its talks with the United States (US) concerning the possibility for a US pre-clearance programme at Princess Juliana International Airport SXM.

The Dutch Government on Tuesday halted talks with the United States on setting up border and Customs controls at Amsterdam’s Schiphol Airport because of President Donald Trump’s recently announced travel curbs.

Trump’s executive order last week Friday put a 120-day halt on the US refugee programme, barred Syrian refugees indefinitely and imposed a 90-day suspension on people from seven predominantly Muslim countries – Iran, Iraq, Libya, Somalia, Sudan, Syria and Yemen. The move, which his administration says is aimed at protecting the US from terrorist attacks, has been condemned by many countries and has sparked protests and court challenges in the US.

The talks on allowing the US to carry out pre-clearance checks on travellers to the country while on Dutch soil began in December 2016. The aim was to help travellers bypass long waits at US passport control. Acting Minister of Tourism, Economic Affairs, Transport and Telecommunications TEATT Raphael Boasman said the programme in St. Maarten is important for the economy and he sees no reason to halt the talks with the US.

The US Department of Homeland Security announced in November last year that it had selected 11 international airports in nine countries, including St. Maarten, for possible expansion of its US pre-clearance programme to reduce delays and help passengers make connecting US flights.

Boasman has already initiated talks with representatives of the programme and hopes to finalise the deal as soon as possible. “It has not been a topic of discussion in the Council of Ministers; therefore, I see no reason to stall any talks. Right now we are looking at the Air Marshal agreement and the assistance agreement. We have to also see if the agreements are feasible or not,” he said on Wednesday.

St. Maarten’s admission to the programme will make it the fourth non-US Caribbean destination with pre-clearance. The programme allows travellers to undergo Immigration, Customs and agricultural inspection by US Customs before boarding a flight to the United States, rather than on arrival.