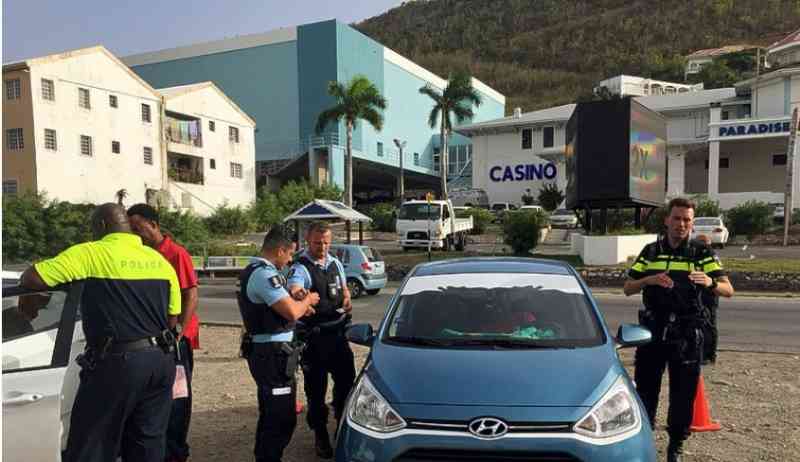 THE HAGUE–The St. Maarten government per July 1, 2019, will be carrying a part of the cost of deploying the Dutch National Police on the island.

Dutch State Secretary of Home Affairs and Kingdom Relations Raymond Knops confirmed this in a letter he sent to the Second Chamber of the Dutch Parliament on Tuesday about his working visit to St. Maarten earlier this month with Minister for Legal Protection Sander Dekker.

“According to an agreement, St. Maarten will be paying a larger part of the cost per July 1, 2019,” stated Knops, explaining that St. Maarten Minister of Justice Cornelius de Weever has committed to arrange this in an amendment to the draft 2019 budget which will be submitted by Finance Minister Perry Geerlings in the near future.

Knops explained in his letter that after his visit to Aruba, Curaçao and Bonaire, he had travelled to St. Maarten to join Minister Dekker for his visit to the Windward Islands. The visit to the islands focused on legal protection. Together with De Weever, Knops and Dekker visited four detention locations in St. Maarten, including the Pointe Blanche prison and the Philipsburg police cells.

For now, it is not possible to house more than 70 inmates at the prison, according to St. Maarten authorities, stated Knops. Having sufficient qualified personnel present, a solid day programme for the inmates and structural attention for management are “crucial factors” to improve the detention circumstances at the prison, said Knops. The Dutch government has again offered expertise and know-how in this area, he added.

Knops, Dekker and De Weever also visited the police station in Simpson Bay, which in the past was used for the detention of foreigners prior to their expulsion. This facility can only be used for emergency purposes, Knops stated.

In his letter, Knops also reported on his visit to Aruba, Curaçao and Bonaire with Dutch Minister of Home Affairs and Kingdom Relations Kajsa Ollongren. In Curaçao and Aruba, the crisis of Venezuela and the adverse effects on the two islands was discussed with the local government, as well as the economic and financial situation in both countries.

Knops expressed his concerns about the financial situation of the governments of Curaçao and Aruba. The Dutch government is offering assistance to both countries to help them cope with this pressing matter.