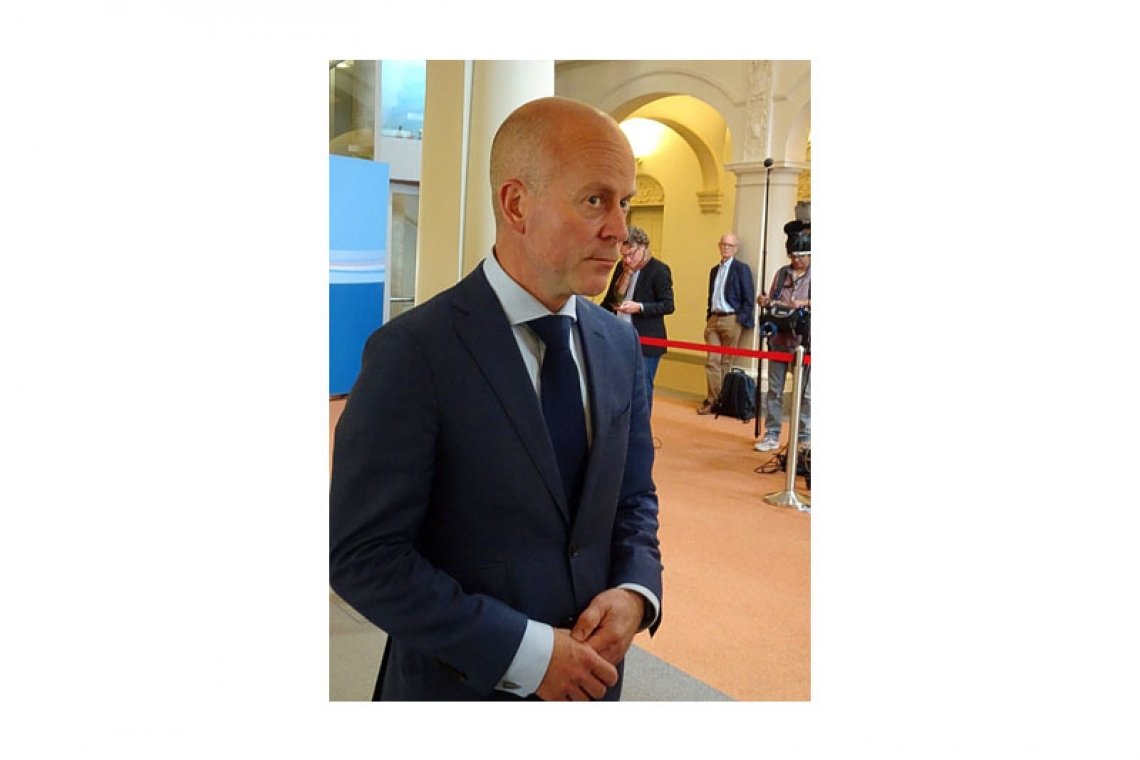 THE HAGUE–Dutch State Secretary of Home Affairs and Kingdom Relations Raymond Knops on Friday confirmed in a letter to the Second Chamber of the Dutch Parliament that Curaçao and St. Maarten will receive the second tranche of liquidity support now that the countries have given their unconditionally approval.

During the plenary debate in the Second Chamber on Wednesday it was not entirely clear whether Curaçao and St. Maarten had said yes to the proposal of the Netherlands that tied the provision of liquidity support to a number of strict conditions.

“During the debate it was known that Aruba had accepted the proposal of the Netherlands for additional liquidity support for the period May 15 to June 30 to that country, including the attached conditions,” stated Knops.

“On my request, the governments of Curaçao and St. Maarten after the debate, confirmed in writing that their letters – that I received during the debate – should be read as an unconditional acceptance of the proposal that was on the table of the Kingdom Council of Ministers meeting of May 15. This means that a second tranche of liquidity support will be provided to Curaçao and St. Maarten.”

Knops confirmed that for the period May 15 to June 30, St. Maarten will receive an interest-free loan of in total NAf. 53 million (27.2 million euro). Of this amount, NAf. 24 million was immediately made available to St. Maarten.

The other NAf. 29 million for the wage subsidy regulation will be made available after St. Maarten “gives adequate content to the requested own contribution of employees.” This encompasses a 20 per cent contribution from employees receiving wage subsidy in the form of work-time reduction.

Another condition that St. Maarten still has to comply with is to find coverage for the St. Maarten Stimulus and Relief Plan (SSRP) in its budget. According to knops, the St. Maarten government has not as yet complied with this condition. “That is why the Kingdom Council of Ministers has repeated this request.” The cost-saving plans needed to be submitted to the Committee for Financial Supervision CFT no later than Friday, May 22.

Knops stated that while the law proposal to increase the pensionable age was submitted to the St. Maarten Parliament several years ago, it still has not been approved. “Now that cost-saving measures are urgent, this really needs to happen.”

Curaçao will receive for the period May 15 to June 30 an interest-free loan of NAf. 204 million (104.7 million euro) in total. Just as is the case for Aruba and St. Maarten, Curaçao will only receive the NAf. 63 million needed for the wage subsidy regulation when it has given adequate content to 20 per cent own contribution of employees making use of this arrangement. The other NAf. 141 million will be immediately transferred to Curaçao.

All three Dutch Caribbean countries have to comply with generic conditions regarding the terms of employment of elected officials, civil servants, and personnel in the semi-public sector. This condition by the Netherlands was set to lower the burden of personnel cost on the budgets, and in solidarity with the private sector where employees are making great sacrifices.

Early July, the Kingdom Council of Ministers will meet again to discuss whether all conditions have been complied with and to talk about the subsequent process for financial support after July 1.

Additional loans as of July will not be provided directly to the governments of the three countries, but via a still-to-be-established entity which enables the Netherlands to have more control on the results. The loans will be granted depending on a package of measures aimed at structural reform.

Negotiations will take place with the countries that wish to partake, stated Knops. The CFT and the Aruba Committee for Financial Supervision CAFT will play a big role in the process. The state secretary again emphasised that talks in the coming weeks would not be free of obligations.

“Further support depends on concrete agreements and achieved results with regard to structural reform that will benefit the resilience and the earning capacity of the countries, both for this as well as future generations,” Knops stated.