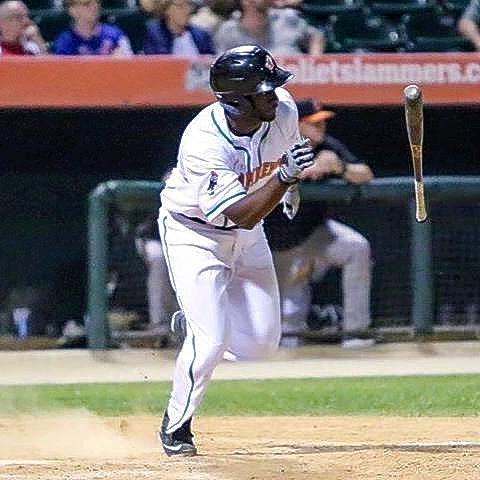 Richardson, 22, spent four years in the Colorado Rockies’ minor league system.
Richardson, wearing number five and playing in the outfield,  in eight games with the Slammers,  hit .360 in 25 at bats.  He scored two runs off nine hits. He had two doubles. He was named Player of the Game in only his second appearance for the Slammers.

In the first game with the Otters  Richardson hit .400 in five at bats.  He scored two runs off two hits. One was a double.