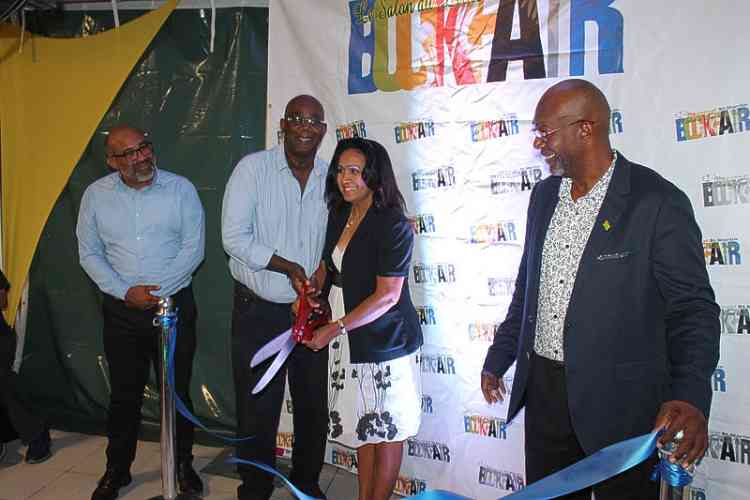 Bailey, whose mother is from Anguilla and father from Trinidad, encouraged the audience to put more value into who they are as a Caribbean people.

“I believe in the united states of the Caribbean,” he said. “We are finally owning our story. We have to own our story. I think for too long we have been used for people’s pleasure, and not our own. But we are a very inclusive culture. Come to our waters and enjoy our story, add to it and enhance it, but don’t replace it. We will not be removed.

“We have diamonds and we make people think we have pebbles. Stop allowing people to run us from paradise. We began in heaven. Why do you think everyone comes here? Our kids are being told there’s nothing here. But there is, because we can build. We’ve all survived the storms. This is new ground we are building on. I want kids to understand we have to break new ground on the understanding you have to cherish the wisdom of those who came before you.”

Bailey is presenting a Journalism Master Class at University of St. Martin today at 11:00am.

Conscious Lyrics Foundation President Shujah Reiph once again declared that this Book Fair is the best one ever, as he does every year, to a ripple of laughter. But in all seriousness, this edition features 26 authors from five continents: Africa, Asia, South America, North America, and Europe.

“I’m not going to surprise you; this is the best one. You can’t afford to miss it,” Reiph enthused, describing it as a “loaded” programme.

There was a moment of silence during the programme for the passing of Professor Michael Dash, a literary icon whose work focused on the French Caribbean.

The guest recital was given by poet and novelist Max Rippon of Marie-Galante. “I miss you,” he declared to the audience. “I wish I could have two hearts, one in Marie-Galante and one in St. Martin,” he said before reciting a poem in English, French and Spanish.

The evening also featured readings from Plastered and Pretty by N.C. Marks of St. Vincent and the Grenadines, and Nomad by Yvonne Weekes. Both titles are from House of Nehesi Publishers.