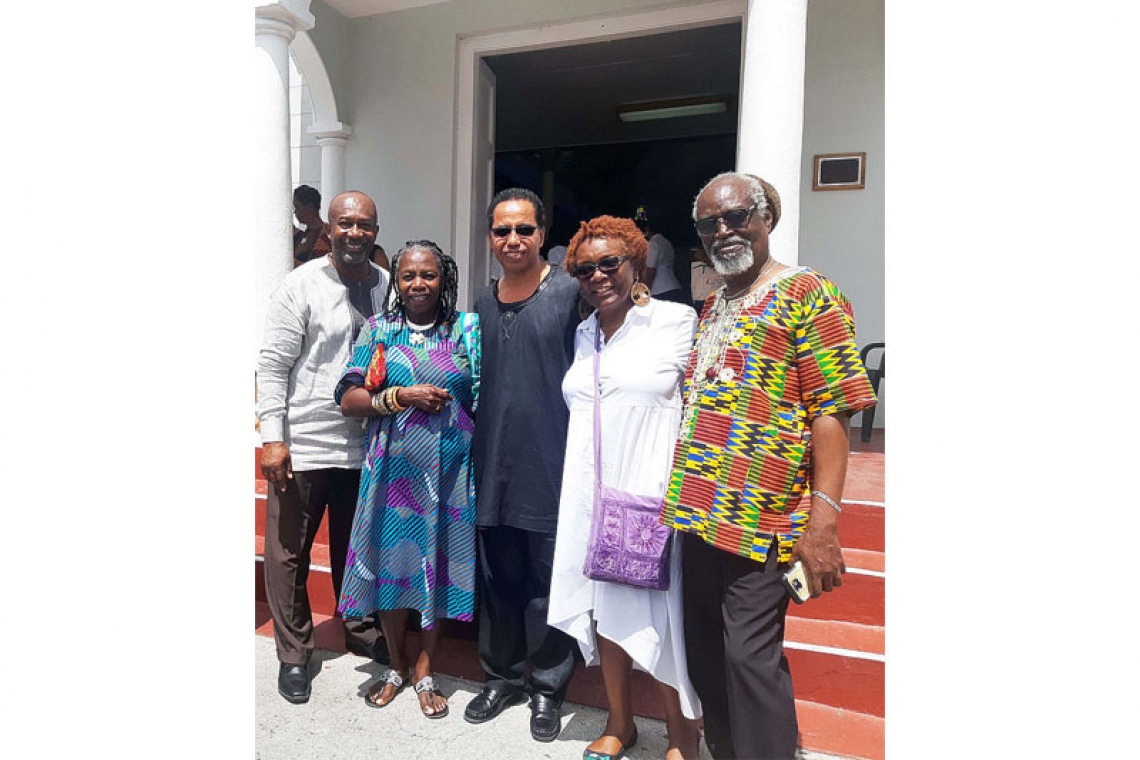 “I had to be here for Kamau and for the St. Martin people who love his work,” Conscious Lyrics Foundation (CLF) President Reiph said to Brathwaite’s wife Beverly. Reiph, coordinator of the St. Martin Book Fair, had organised Brathwaite’s first visit to the island in 2000 to deliver the annual Black History Lecture.

At the funeral service, tributes of drumming, African song and dance, video streaming, choir singing, organ music, poetry and speeches were made to honour the life and work of the man St. Martin literary critic Fabian Badejo once called a “high priest” of 20th-century poetry.

With Barbados Governor-General Sandra Mason and other officials in attendance, Barbados Ambassador to the Caribbean Community CARICOM David Commissiong hailed Brathwaite as a “warrior” of extraordinary consciousness.

“Kamau Brathwaite was a quiet Caribbean revolutionary with Barbadian roots, a passionate warrior fighting against the language, history and culture of our colonisers, his battle strategic and painstaking, but acquiring foot soldiers one student at a time, one reader at a time.

“Kamau didn’t want us so much to rebel and banish English language and English literature as much as he wanted us to acknowledge and embrace the languages and rhythms of Africa, the motherland and ultimately to craft a national identity and to embrace and celebrate our nation’s language,” newspaper Barbados Today quotes Mottley as saying.