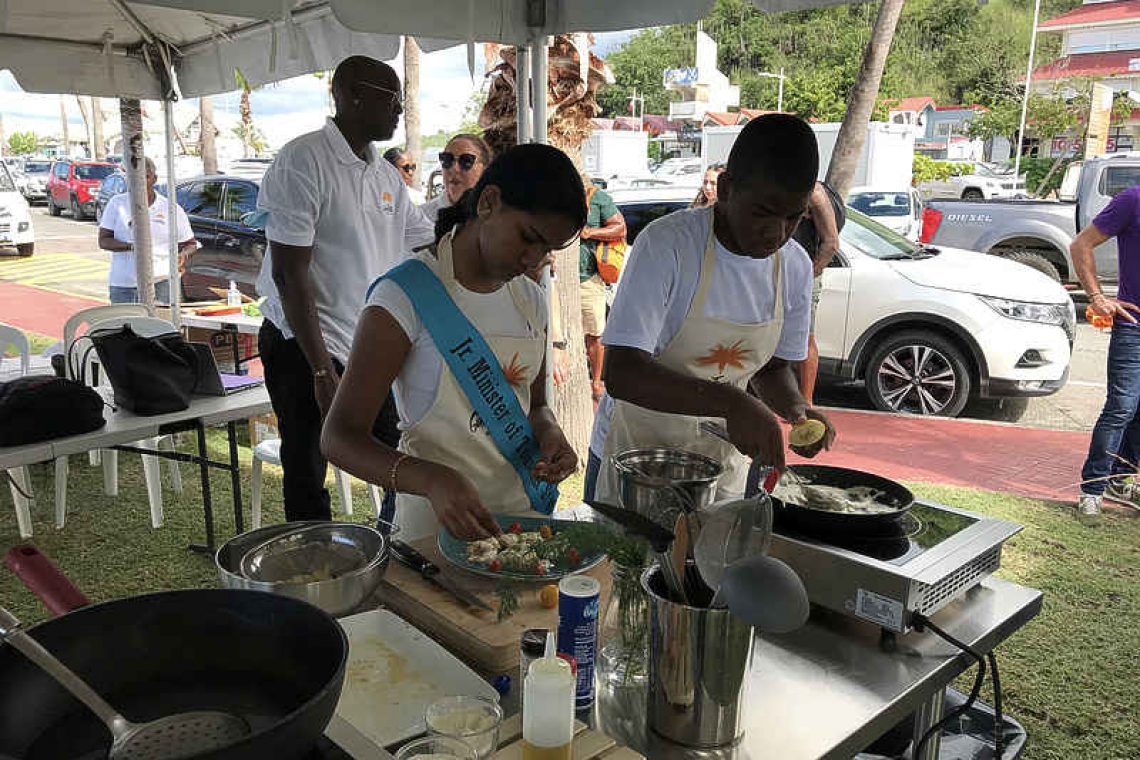 The featured guest chefs on Saturday were Laurent Huguet and Franck Vuillemin, who proposed recipes for children in the morning, while American chef Tristan Epps and St. Lucian chef Edna Butcher took care of the afternoon sessions for adults. The public was invited to register for the cooking workshops, the first two of which were held at Grand Case Beach Club and Orient Bay village using mobile kitchens. 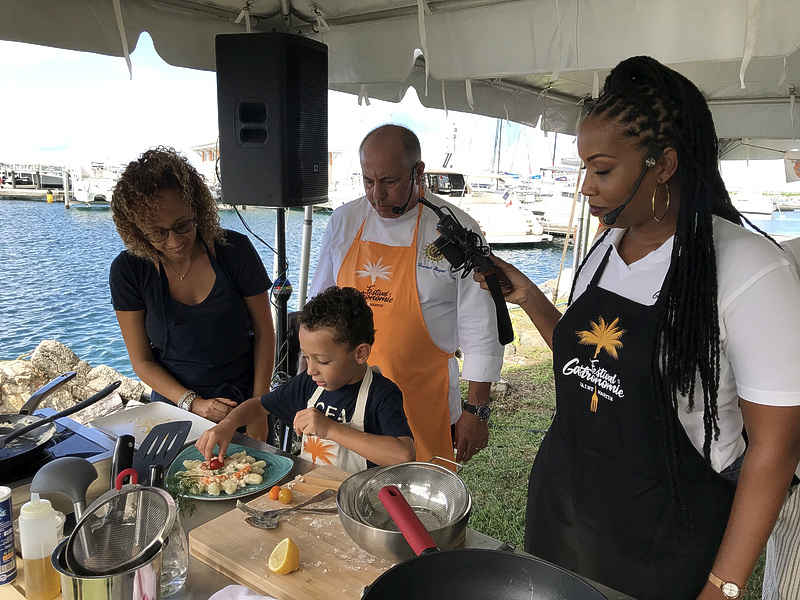 Guest chef Laurent Huguet casts a watchful eye behind this young cook who is being assisted by his mother during the cooking demonstrations at Marina Fort Louis on Saturday. (Robert Luckock photo) 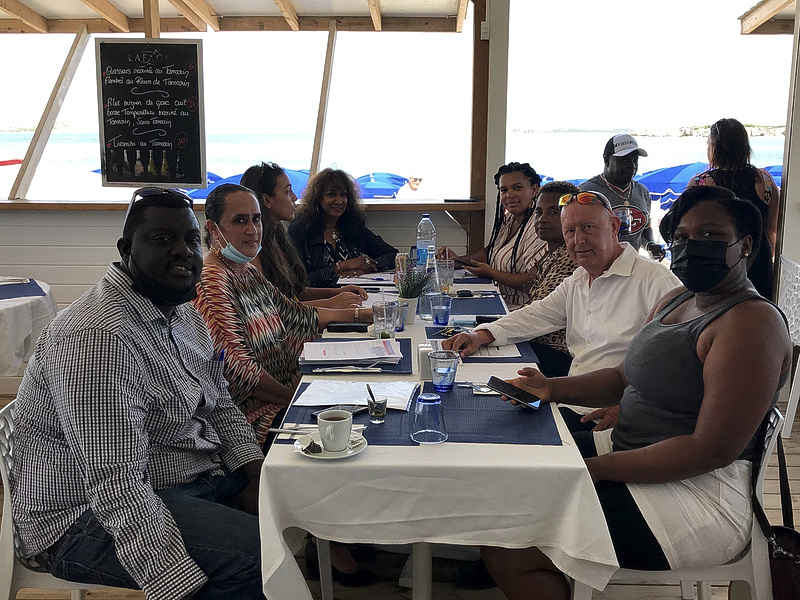 The cooks followed the instructions of the professional chefs to see how well their dishes came out compared to the pros. Singer Malaika Maxwell provided live commentary as cooking was in progress, translating into English or French where necessary.

Close to 80 restaurants divided into four categories (Gourmet Stars, City Stars, Beach Stars and Authentic Stars) are participating in the “Taste of St. Martin” festival. The challenge for each participating restaurant is to incorporate the tamarind fruit into its menu. It can be included in a cocktail, appetiser, main course or dessert, or feature in a three-course menu

Restaurants are vying for the accolade “Best Restaurant in St. Martin”, with the grand winner to be announced on Tuesday.  Many other awards in the different categories will be presented. Selected juries have been busy judging all the restaurants.

The hotel and catering section of the Daniella Jeffry vocational school will be holding its own cooking competition on Monday with six students taking part. A meet-and-greet has also been organised with chefs Michel Portos, Jimmy Bibrac, Serge Gouloumès, Edna Butcher, and Laurent Huguet.

“I must say, for a first edition we are more than pleased with how the festival is going,” enthused St. Martin Tourism Office President Valérie Damaseau. “This edition was to be a mini-teaser for 2022 which will be our year of gastronomy and it has exceeded our expectations. I’m very pleased with our team pulling together to organise it and the participation of renowned chefs which was coordinated by Alain Warth.

“Once the chefs heard that this was to be our first Gastronomic Festival, they were on board immediately. We had conservatively estimated attracting two international chefs and 14 restaurants, but we have eight international chefs and 79 restaurants participating. So, I’m more than satisfied. It shows that despite everything we have been through there is strong demand for the destination.

“We are counting on positive feedback from the international media, influencers and bloggers and the visibility this festival has brought. Our aim is that our external markets talk about the destination through gastronomy.”