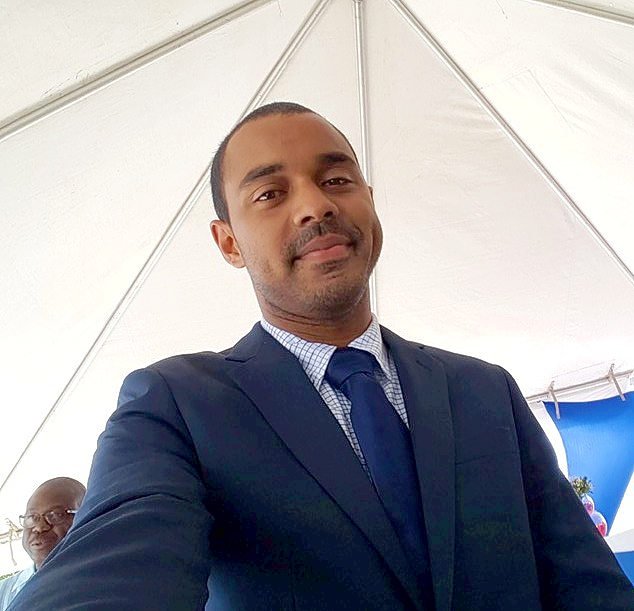 The issue revolved around a petty cash box, the new STA head explained in a statement sent to this newspaper late Tuesday, “There was a petty cash box at Winair. The purpose for paying pilot per diems, flight department expenses or any other small bills required to be paid by the company; even food allowances for overtime were sometimes taken from this. Besides me, six others had access to this cash box,” he said in the statement.

Brison made it clear that the box had neither a lock nor a key and anyone could access it, including casual visitors. He was at no time responsible for the petty cash, as it was not part of his job description, he said. This was a system already in place at Winair when he started his job as an office manager at the crew department.

He maintains that he never once did accounting control or counted this petty cash during the four years he worked at the company.

“All seven of us used it freely and on a daily basis. No one controlled our use of these funds. It was only after Roberto Gibbs was hired that for the first time in four years someone from Accounting walked into the office and asked to see the petty cash box,” Brison said.

“No one in Winair, including myself, could account for this cash. The Accounting Department certainly could not. I decided as a young man to do the right thing and take one for the team and offered to take responsibility for the missing funds. I mentioned this fact in the letter [of resignation – Ed.] when I stated that I did not want my colleagues to be held responsible.”

He also stated that Roberto Gibbs, the second CEO of Winair, had pressed him for his reason for doing so and he in turn told him that he was under financial stress.

“The figure of US $41,000 is a magic number. I have no idea where this number came from. That was never attached to any letter I signed, that is why there is no document with my signature or initial showing a US $41,000 ledger attached to my name in existence,” Brison added.

He said the letter he had signed clearly mentioned the amount $5,800, which itself is a shaky number, as no one really had the vaguest idea what or how much was really missing at the time.

“As a young man with a great opportunity to serve my island, I was very sad to hear senior people in the community so vehemently against my appointment that they would bring up something that was never an issue for almost five years,” Brison stated.

Brison said that never once in the four years after he left the company had he been given notice by Winair that it wanted to pursue this matter legally.

“From time to time I would see Gibbs and exchange pleasantries. They had ample opportunity to reach out to me but never did. As a matter of fact, for up to two months after I resigned I was still working on projects at the company as agreed in my letter of resignation: pilot licences, crew resource management training and completing the company’s general operations manual,” he said.

“I never stole or embezzled any funds, but was the victim of a sloppy and careless financial management, overseen by an incompetent, sleepy and neglectful board, which thankfully has since been replaced.

“With that said, my focus is on becoming STA Director, representing my island to the fullest. I am happy to clear the air and show my fellow young professionals in St. Maarten that no matter what comes your way, we must continue to pursue the top positions in this country that we are capable of holding.”

From documents obtained by this newspaper, it becomes clear that Brison did make a confession to Change Manager and second CEO of Winair Roberto Gibbs. Dated April 10, 2012,

Gibbs wrote in a letter addressed to Brison, which was also signed by Managing Director Michael Cleaver, “You confessed to have misappropriated company funds to a yet unknown amount. The amount of which you knew for sure that has been misappropriated was a total amount of US $5,800. You indicated that it could be more, but that you did not know how much more.

“You indicated that you were willing to cooperate with any investigation to get this matter behind you and that you felt responsible for the work that you still had on your desk and under your responsibility at Winair.”

Both Gibbs and Cleaver concluded that if there was no compliance with conditions mentioned in the resignation all legal remedies should be available to ensure due repayment to the company.

“The conditions are that you give full insight into your actions, that you remain available for questions and assistance to the investigating team, that you assign securities towards the repayment of the misappropriated funds to the company and that you sign a promissory note entailing your commitment to a repayment arrangement once the total amount of the misappropriation is known,” the letter stated.

This newspaper did not receive any documents indicating an alleged amount of $41,000 had been misappropriated. The documents only give account of $5,800 and amounts received from two pilots to the tune of $5,820.35. Brison did not explain in his statement why he has not repaid the missing money to Winair.

This newspaper tried to contact Roberto Gibbs and the Winair board for comment, but they were unreachable up to press time.
Source: Daily Herald
STA Director clears the air on embezzlement claims