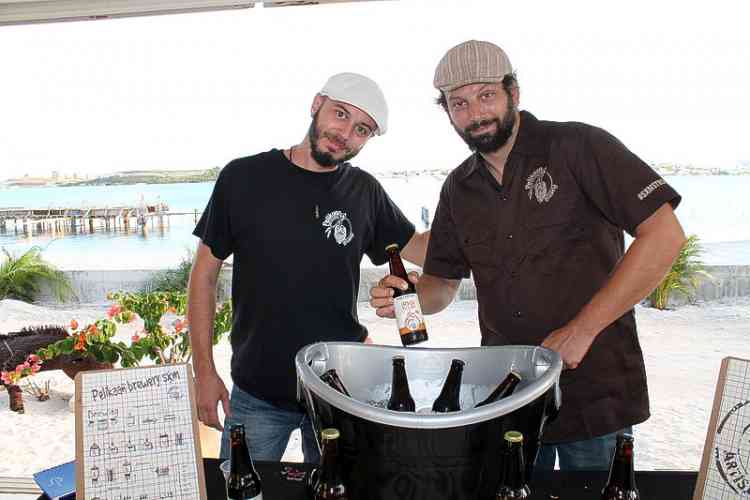 It’s the third consecutive year that this culinary event is being organised in collaboration with the annual St. Martin Billfish Tournament, which takes place at Marina Fort Louis from June 21 to June 23.
The Street Food Festival and Parade take place on Friday, June 22, and Saturday, June 23, on the Marigot waterfront and include free live musical entertainment by La Nueva Escuela, El Chaval, Nu-Style, The Funky Horny Horn Band and My Band.
The population of both sides of the island is invited to sample delicious local specialities from the many stand holders.
Festival coordinator Nicole Piper expressed her sincere thanks to all the sponsors for making it possible for the food festival to take place in view of the difficult circumstances after Hurricane Irma.
“The Street Food festival is not only a cultural attraction for tourists and residents, but it’s something we want to develop internationally so it can become a contributor to the local economy,” she said in her introduction. “We will shortly be visiting the other islands to promote the festival.
“This third edition is dedicated to the population and various organisations and services, here and abroad, that have helped the island recover after the hurricanes,” she added.
The main sponsors are Delta Petroleum, which shares its sponsorship with the Billfish Tournament, the Collectivité, Caribbean Liquors and Tobacco, and Marina Fort Louis.
“We had always dreamt of the Billfish tournament turning into a multi-faceted event, with a street fair to bring people to Marigot which really needs the support after Irma and when Nicole came on board, her talents perfectly matched our vision,” said President of Delta Petroleum Christian Papaliolios.
Caribbean Liquors and Tobacco (CLT) is the longest-serving sponsor of the Billfish Tournament, supporting the event from day one 21 years ago.
“My father and I have always been involved in fishing; it’s our passion and part of the environment,” said CLT Managing Director Georges Greaux Jr. It’s always been a good working relationship. And bringing our local culture and food into the mix has worked out very well. It’s not only about the fishing. Sport fishing is also important and the excitement it brings. I’m glad to see it’s become a well-rounded event.”
Billfish tournament organiser Stephane Petit said there had been much discussion over whether to hold the tournament this year after the trauma of Irma or skip it until next year.
“But we realized the people needed something to celebrate, to get their minds off the misery they have endured so we decided to go for it,” he said. “There have been some bumps in the road this year, more than usual, but all in all it has come together, and Nicole has done a superb job. The Billfish tournament is already one of the top tournaments in the Caribbean, but we want to take it further.
“We’ve reduced the event to two days fishing instead of three just to make it easier on everyone as don’t forget other islands were also badly affected by the hurricanes. With Nicole and her team focusing on the land part we can continue concentrating on developing the tournament into a world-class event.”
More information about the Billfish tournament; schedules, rules, registration, etc. is on Saint Martin Sport Fishing Association’s website.
Some of the stand holders were on hand at the press conference to offer a taste of the food festival.