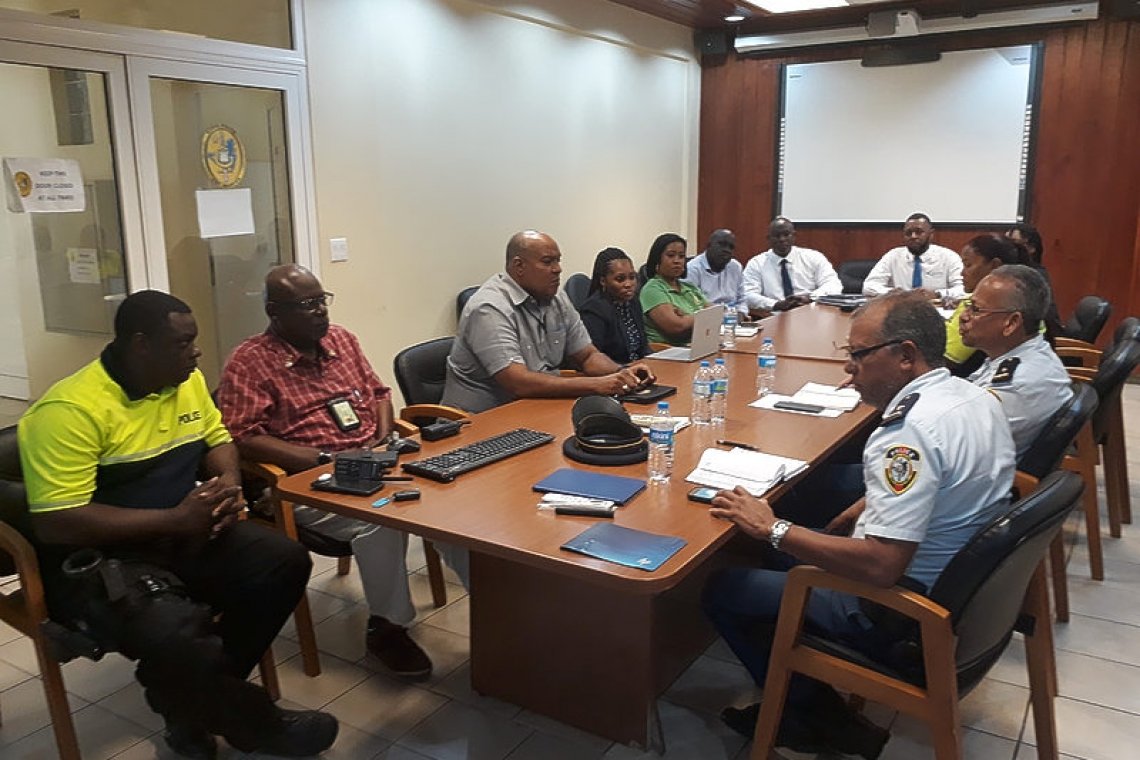 Stakeholders discussing the police mobile command centre at the port.

PHILIPSBURG–Port St. Maarten senior officials, the St. Maarten Police Force KPSM and personnel of the Ministry of Tourism, Economic Affairs, Transport and Telecommunication (TEATT) recently held a meeting at the Philipsburg police station to discuss the future operations of the police mobile command centre that has been placed at the port.

During the meeting, participants discussed the personnel who will be manning the mobile centre. They also spoke about “gypsies” and other forms of illegal transportation that operate in and around the port; coordination between taxis and tour operators; new public transportation licences; and the operational strategies that will be employed by personnel working at the mobile command centre.

The stakeholders agreed to work together to operate more efficiently and effectively in carrying out their parallel tasks at the port.

Another meeting will be held in a few weeks, said police in a press release on Friday. “At that meeting the implementation and operational phase will be discussed with all partners,” said police.