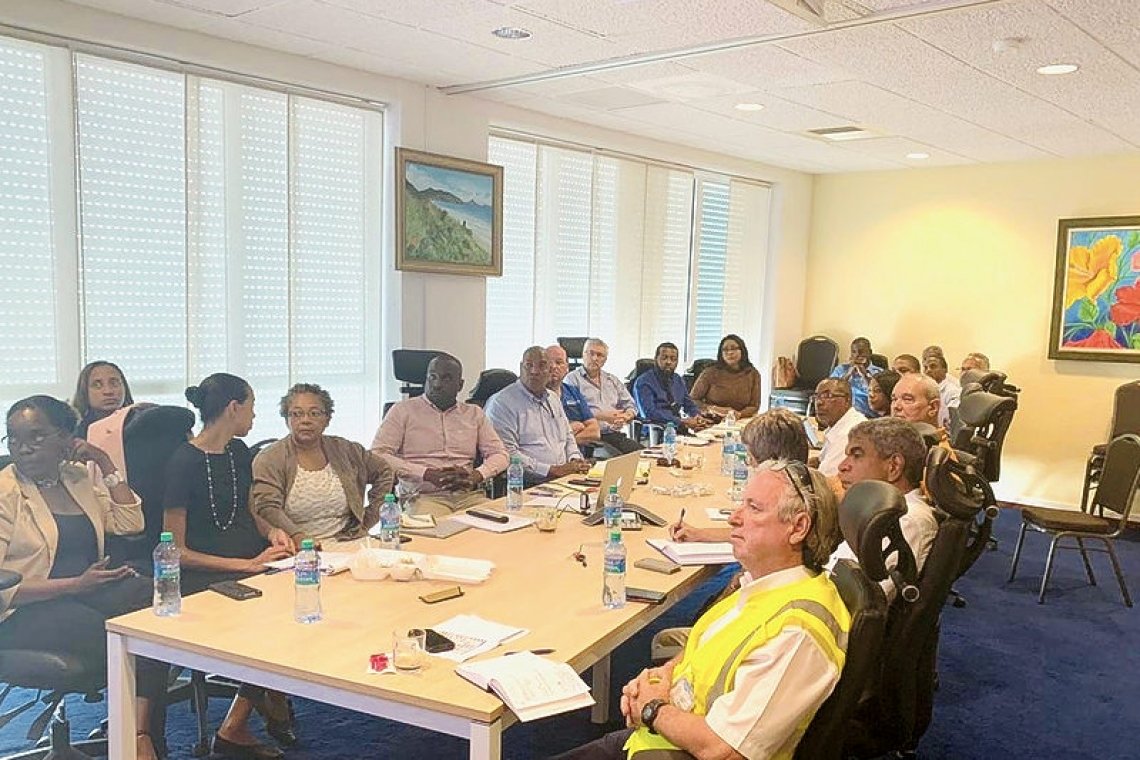 PHILIPSBURG–Port St. Maarten coordinated a meeting between the Ministry of Public Health, Social Development and Labour VSA’s Collective Prevention Services (CPS); the Ministry of Tourism, Economic Affairs, Transport and Telecommunication (TEATT); port agents and handlers; the St. Maarten Police Force KPSM; and Immigration on Monday, March 9, on how to strengthen “the procedural details” in the protocols related to maritime health declarations.

“The tripartite meeting is a follow-up due to cruise vessel AIDAdiva of AIDA Cruises recently being denied making its scheduled call and to disembark passengers due to a gap in communication related to the existing protocols,” said Port St. Maarten in a press release on Wednesday.

“The meeting, which brought all key stakeholders together, was a very productive and successful one, as all concerned have clarity about the procedures,” said TEATT Secretary-General Miguel de Weever on Wednesday.

The port demonstrated its Port Community System (PCS) as a “key tool to be used to centralise all communications with port stakeholders.” According to the port, PCS involves data-sharing among stakeholders and third parties that cover local cargo and cruise operations.

“PCS software is being adapted which will allow key port operational staff to review the status of the maritime health declaration, which would indicate the approval process from CPS. Immigration and Border Control will also have access to the system.

“This is part of the new and improved digital solution where this matter is concerned [and – Ed.] will be rolled out on Thursday and ready for next week. Agents and stakeholders will be taking part in PCS training sessions,” said the port.

The Ambulance Department will also be added to the PCS, said the port.

CPS communicated its protocols at the meeting and vessel agents were advised of “their role and the ship’s responsibility with the provision of the necessary documents required for entering the country.”

“We worked diligently together to solve a potential challenge and [we] built in checks and balances based on an established timeline to ensure [that] the protocol based on CPS processes works efficiently and effectively via the Ports Community System,” said De Weever.