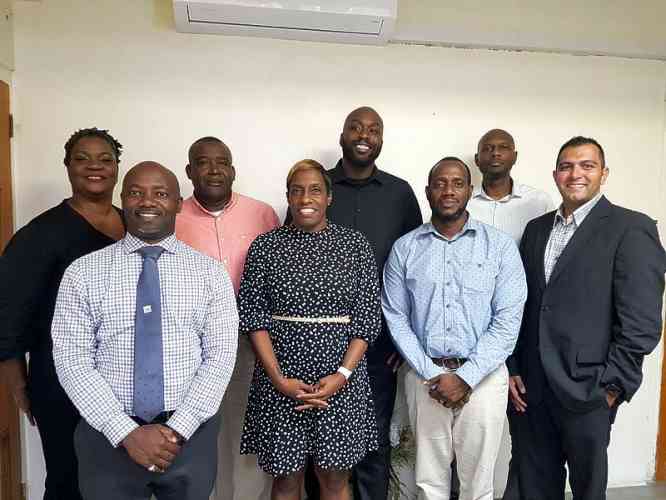 PHILIPSBURG–Stanley Lint has been elected as the new President of the board of the St. Maarten Chamber of Commerce and Industry (COCI).

He takes over from former President Peggy Ann Brandon. This is Lint’s first time serving as President. He was unanimously elected to the post. He served as Vice President in the past. Also on the COCI’s Executive Board are Vice President Benjamin Ortega and Treasurer Louis Bute. Ortega took a leave of absence from the COCI board as of January 5, to February 26, given his contesting of the upcoming snap parliamentary elections.
Also on the board are Edsel Gumbs, Nikhil Kukreja, Bertaux Simon “Mr. Rude” Fleming, Charlise Philips, Pamela Annuska Friday.
The new board was installed on January 17, when the credentials of the members had been confirmed and in order. The new executive board was voted upon at the same time.
Lint thanked the board for putting their trust in him to serve as President. “I love to work and work is my passion. I look forward to working with my fellow board members and with this dynamic team. We must make our mark in the community,” Lint said.
“Moving forward, we all need some time to see how we can achieve more for the business sector of St. Maarten,” COCI’s Executive Director Anastacio Baker said. He urges everyone to think of ideas on how to strategically achieve each goal that will be set so that COCI can do more.
“I am very happy to be on the St. Maarten Chamber of Commerce’s Board of Directors. I’ve been trying to be part of this board for a while now and I promise that I’ll do my best and work as hard as I can,” Gumbs said.
“I would like to thank everyone for welcoming me to the Board of Directors… It will be a pleasure working alongside everyone,” Kukreja said.
“I would like to thank the board for the warmth received at this first meeting. It was challenging getting here, but I know together we can be a dream team for St. Maarten,” Fleming said.
COCI said in a press release on Wednesday that the first meeting with the new Board of Directors was filled with “determination and positive energy. We believe that this board, we will have a prosperous and pleasant 2018.”