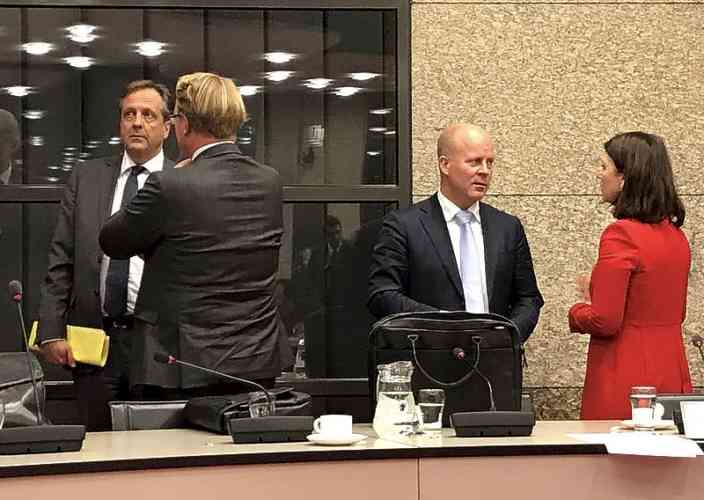 THE HAGUE–The actual start of the extensive reconstruction programme for St. Maarten is on the horizon; the Recovery Plan is being drafted and the execution under the auspices of the World Bank will kick off in the near future, possibly early March.

Dutch State Secretary of Home Affairs and Kingdom Affairs Raymond Knops could not give an exact timeframe as to the start of the recovery programme, to be executed through a trust fund, as the technical details including the drafting of the Recovery Plan are still being worked out together with the St. Maarten Government.

The negotiations with the World Bank have taken quite some time due to the legal and technical complexity of the matter, but the aim is to wrap up the preparations for the start of the reconstruction programme in February, The Daily Herald learned.

Knops explained during a general debate with the Committee for Kingdom Relations of the Second Chamber of the Dutch Parliament on Tuesday, about the reconstruction of the Windward Islands following Hurricane Irma that the trajectory with the World Bank was now at the phase of drafting up the Recovery Plan.

Several Members of the Kingdom Relations Committee asked the State Secretary about the status of the agreement with the World Bank regarding the execution of the recovery programme for which the Dutch Government has reserved 550 million euros. The Members of Parliament (MPs) want to see a speedy execution of this recovery programme so St. Maarten can get back on its feet sooner rather than later.

The MPs emphasized the importance of a proper spending of the funds and the supervision thereof, with accountability, efficiency and integrity as vital aspects. “Integrity is always key especially when large investments are involved,” said the State Secretary. “That is why we chose the World Bank: it is a respectable, dependable organisation with the capacity and experience to do this. It is a very good partner for this major exercise.”

Integrity is also an important issue for the World Bank, said Knops who remarked that this organisation has a solid compliance mechanism in place to check the proper spending of funds. The World Bank will be responsible for the legitimate spending of the funds, which will be transferred by the Netherlands in tranches. The Dutch Government will reserve the right at all times to cease the funding in case of abuse by third parties.

The priorities for the reconstruction programme are being discussed with the St. Maarten Government. Non-governmental organisations (NGOs), local and foreign, are involved in the process. The actual managing of the trust fund will be left to the World Bank. There will be no micro-managing from the Netherlands, Knops said.

Because the wrapping-up with the World Bank has been taking some time, the Dutch Government has already made seven million euros available for early recovery projects, which are being executed by organisations that are already active on the island, such as the White and Yellow Cross, the Red Cross, the United Nations Development Programme (UNDP), the United Nations Children Fund UNICEF, the St. Maarten Development Fund and Credits.

Waste management will be an important component of the recovery programme, besides the reconstruction of homes and vital public infrastructure. Cooperation with French St. Martin is important to deal with the enormous amount of debris and waste. “It is in the interest of all residents to do this together with the French side,” said the State Secretary.

Responding to a suggestion of MP André Bosman of the liberal democratic VVD party to seek the support of the European Union (EU), Knops announced that he would be in Brussels on Wednesday for talks. He said that France was also in favour of tackling the waste management issue together. “It provides us the opportunity to solve the long overdue issue of waste management in a sustainable manner.”