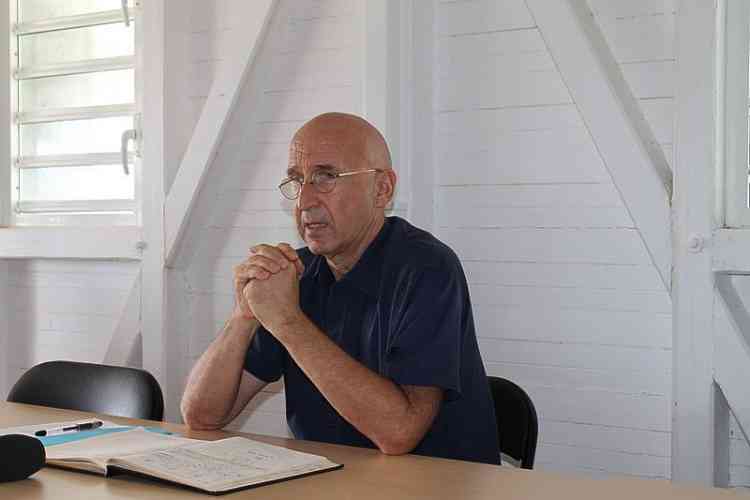 MARIGOT–The French State has defended the amount given in aid for St. Martin’s reconstruction despite the sense of deception expressed by President Daniel Gibbs and other elected officials during the past few days.

The Inter-Ministerial Délégué, Préfet Philippe Gustin, said at a press conference Monday that the State had done its job rigorously in evaluating the needs of the Collectivité and the money is enough to start reconstruction.

He said it was now up to the Collectivité to spend the money wisely and efficiently.
“The State has no other objective than to work in the general interest. It’s not the State who is doing the reconstruction here, it’s the St. Martin people,” he assured. “I know the people will not accept the State to reconstruct in their place.”

Gustin recapped many of the points already mentioned in the press release following the fifth Inter-Ministerial Committee meeting in Paris on March 12. However, there was an update on figures from the French Federation of Insurers regarding hurricane claims and payments for St. Martin and St. Barths.

Préfet Gustin said the State is in discussions with French shipping companies to see if supplies can be brought directly into the Galisbay Port without going through the port in Philipsburg, to speed up the construction effort. He talked of a “reinforcement” of the port, but acknowledged the physical capacity of the port determines what size ships can dock there.

He also said the satellite Pléiades has been taking images of French St. Martin since the passing of Hurricane Irma. The images show the state of the territory in terms of the damage, cleaning up, rebuilding, removal of debris sites, from September 2017 to February 2018.

President Gibbs said on Monday he is “moving on,” accepting the State’s aid as a fait accompli, adding: “We have to make the best of what we have. I don’t want to get into a fight with the State.”

However, he assured the population the reconstruction will be done with the means available, even if it takes longer than first thought. It also means the budget will need to be redefined with the money that is available. It will be directed totally on reconstruction, the priorities being schools, sports facilities and the general environment. All construction priorities will be included when the budget is voted on April 12.

A special envelope of money will be attributed to a roof building programme to be sure everyone is safe before the next hurricane season starts.