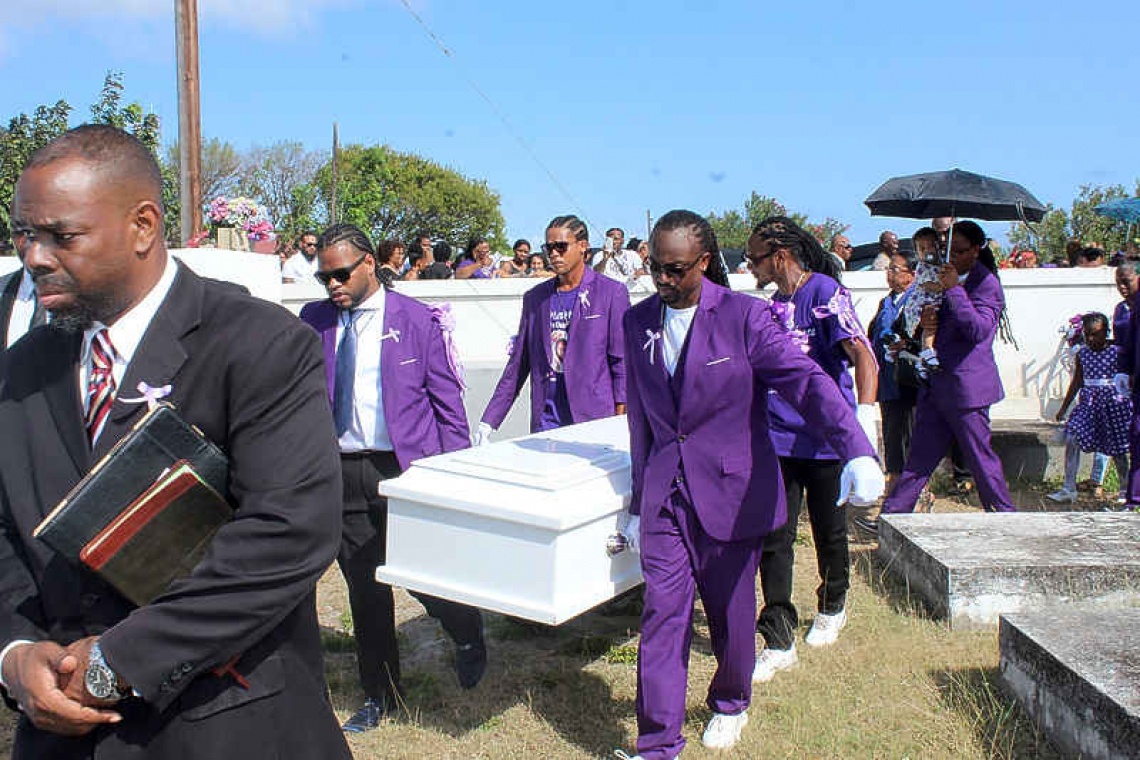 ST. EUSTATIUS–Solandy Sanchez Galay (1995) was laid to rest at the Salem cemetery on Sunday, May 22. The funeral took place at the Seventh-Day Adventist Church where pastor Earl Esdaile performed the homily. The service featured hymns, contributions and speeches.

Sanchez was born in the Dominican Republic and came to St. Eustatius at the age of four. She completed her primary and secondary education here. She then travelled to Curaçao where she graduated from university with a Bachelor of Arts degree in Administration and Finance. She had set her eyes set on obtaining a master’s degree in Accounting at Tilburg University in the Netherlands, but the COVID-19 pandemic caused disruption in schools. Therefore, Sanchez decided to return home until classes resumed.

“At the time of her passing, Solandy was gainfully employed in the Finance Unit at the Public Entity St. Eustatius,” said Government Commissioner Alida Francis in the eulogy. Prior to this, Sanchez built up work experience at Duggins Enterprises, Papaya Inn, telecom company EUTEL NV and Mega D. Youth Foundation.

“Solandy was such a confident young professional, full of promise and eager to play her part in lifting the unit and everyone around her to unimaginable heights. In a little less than one year, she created and left an everlasting impact through her hard work, dedication and the way in which she interacted with her colleagues. During this period, she became a flame, primed to light up the civil service.

“In 10 short months, the young woman who came to Statia as a toddler became a shining example of a consummate, professional public servant: compassionate, selfless, industrious, respectful, warm. She was a role model, not only for other immigrant children from humble beginnings, but for all of Statia. Her every action oozed love for her adopted country,” said Francis. “Even as we mourn her passing, we must keep her alive by the way we treat each other and the way we interact with each other.

Deputy Government Commissioner Claudia Toet said via teleconference from the Netherlands that the public entity was proud to recruit young, local, qualified talent to join its Finance team. Sanchez was a hard worker with the right work ethics and, most importantly, she was willing to learn, Toet said.

“When I think of Solandy, I also think of her beautiful smile when she started talking about her baby Zoe. Her family was everything to her. During the last dinner we had together with the team she showed me pictures of her daughter. Although her life was brief, the impact Solandy made was positive and big. Her passing has left a deep void in all of our hearts,” Toet said.