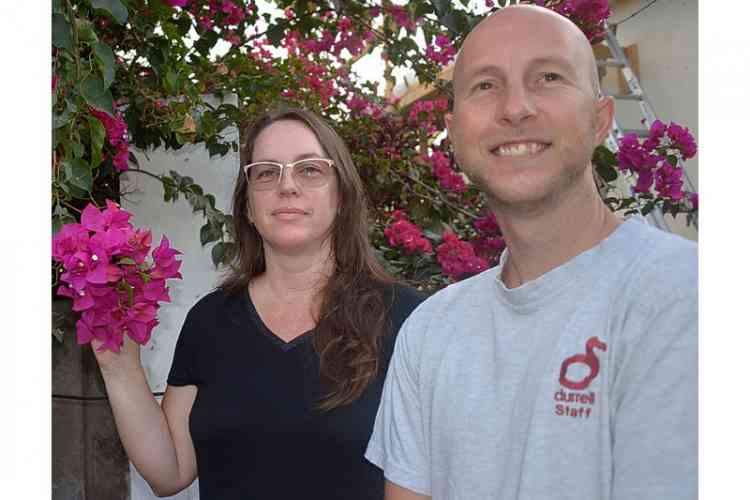 The Café audience looked at bird numbers and how scientists generally monitor and survey animal and plant species on the island.

Madden clearly has a “labour of love.” Over the past decade, her passion has involved keeping a watchful eye on different species of bird on the “Historical Gem.” Since then, various surveys have revealed interesting data on local feathered friends. Between 2009 and 2017, surveys were conducted in six distinct areas or habitats within The Quill, Town, Botanical Garden area and the Northern Hills.

“Counting and identifying birds is not a precise business,” Madden admits. “Nevertheless, our survey was fascinating. As a small island, we only have around 30 resident bird species. St. Maarten has more species, but long-term data on avian populations do not exist. Surprisingly, the greatest variety of birds on Statia can be found in town. These are species that can coexist among humans and do not have specific roosting, nesting or microclimate requirements.”

However, in the forest of The Quill, the shy and secretive bridled-quail dove (Geotrygon mystacea) is not doing so well. Numbers have plummeted since Irma, and Madden will begin reassessing the population next month to check for signs of recovery.

“This wood hen, which can be found on Caribbean islands from Saint Lucia to Puerto Rico, may soon be on the endangered list,” said Madden. “When it comes to numbers, the largest congregations of birds prefer to explore downtown habitats where table scraps are plenty. However, there are also plenty of predators in the form of cats and rats.”

Madden said scientific bird surveying involves a lot more than merely spotting flypasts and counting. “Data such as elevation, rainfall, diet, nesting conditions and survival of chicks can tell us much about the health and wealth of island birds. For the most part, our flocks and their stocks on Statia are doing well, but we must continue to watch and monitor their progress. One swallow does not a summer make.”

Go for the big picture, said zoologist from the United Kingdom Adam Mitchell. “Surveys are an important short-term look at how things are, but this snapshot can never be as informative as a long-term monitoring of particular populations such as island bird life.”

Small islands such as Statia are a case in point, he said. “Statia’s ecosystem is vulnerable to invasive species such as the green iguana and rats. Some animals are very obvious and can be easily counted. But for most animals that are not so obvious, a more statistical approach has to be taken through sampling. Sections called transects [lines – Ed.] and quadrats [squares] are marked out. The rest is about watching and waiting, counting and then number-crunching to assess total populations.”

The real difficulty for scientists comes with animals that are rarely visible. “If we want to monitor these creatures, we have to resort to camera traps, paw prints, gnawing damage and even identifying animal droppings. It is not as accurate as direct observations. But it is necessary, since successful conservation depends on using all the tools you have for successful science,” Mitchell said.