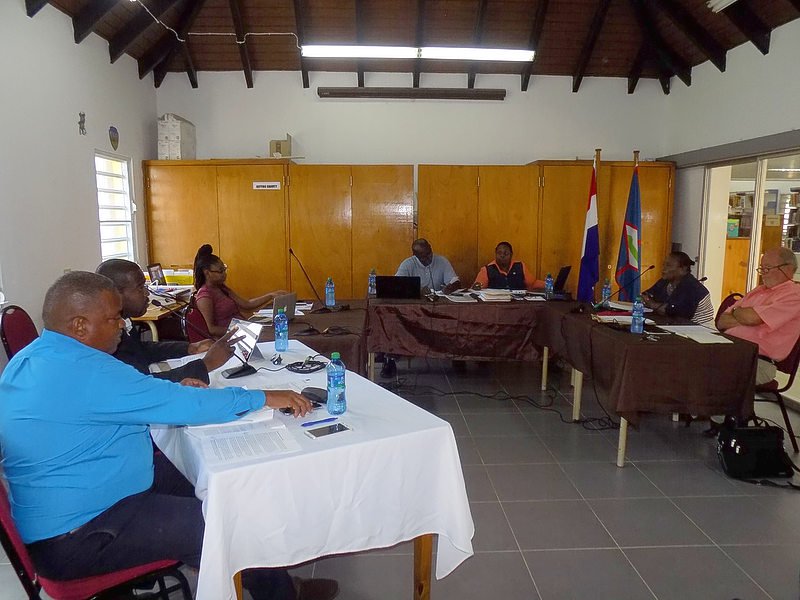 ST. EUSTATIUS–The pending accountants report on the 2015 annual account, the letter from the Dutch Minister of Social Affairs on the suspension of the decree of the Island Council for July 1 to be a national holiday and a document from Councilman Koos Sneek entitled “Going forward after Hurricanes Irma and Maria, ZVK after the hurricanes and what happened to ZVK transfers” were handled on Thursday by the Central Committee of St. Eustatius.

Accountant firm PriceWaterhouseCooper representatives discussed the annual report with the Committee via a video-conference call. The accountants explained that the annual accounts were delayed due to lack of information and communication.

On the matter of July 1 as a holiday, the Committee decided to discuss the addition of an extra holiday with the private sector.

The minister has proposed that Statia chooses the day after Carnival or November 16, in exchange for July 1 as a holiday. The Committee does not agree with that suggestion. This agenda point was then sent to the island council for further discussion.

Dealing with this agenda point, Sneek said after the two hurricanes, the island needs better air connectivity with the outside world to avoid isolation.

Main air link Windward Islands Airways International Winair did not have flights from September 6 until October. That situation is not good for the island’s travel or tourism. He has proposed the setup of a daily flight to/from Bonaire.

He also suggested establishing a jet fuel station on the island to accommodate the daily flight linking Bonaire and Statia.

Attracting the ferry service from The Edge, which already has a Saba-St. Kitts service to make a stop in Statia was another of his suggestions.

The Committee also discussed the medical insurance ZVK and care for dialysis patients. Woodley said a meeting will be set with ZVK personnel to get a state of affairs.