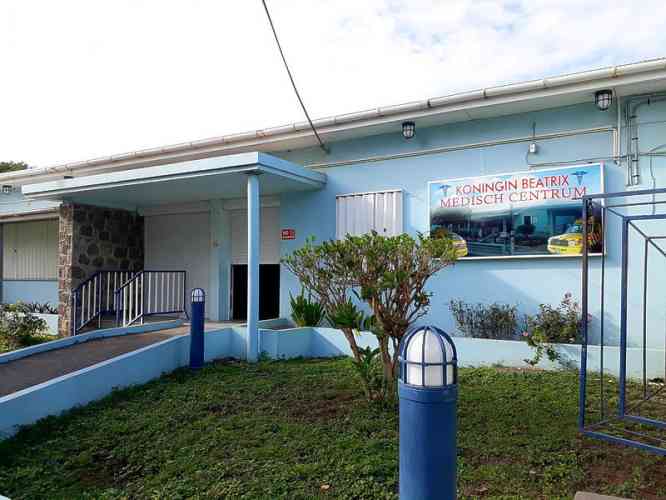 THE HAGUE–Dutch State Secretary of Public Health, Wellbeing and Sports Paul Blokhuis is keeping the options open to establish a haemodialysis unit in St. Eustatius where local kidney patients can be dialysed. However, certain conditions need to be met first.

The construction of a haemodialysis unit is a possibility that can be part of a new or reconstructed Queen Beatrix Medical Centre, but only if the supervisory boards of the hospital and the adjacent Auxiliary Home for the elderly are merged, Blokhuis said in a letter he sent to the Second Chamber of the Dutch Parliament last week Friday.
In Blokhuis’ opinion, a haemodialysis unit is not feasible in the existing facilities. He sees the present governance structure with separate supervisory boards for the hospital and the nursing home as an obstruction.
He met with the directors and the chairpersons of the St. Eustatius Health Care Foundation (SEHCF) and the Auxiliary Home during his visit to St. Eustatius late June. The directors and chairpersons were informed that the Ministry of Public Health, Wellbeing and Sports VWS was prepared to invest in the plans to construct a new hospital or to renovate the current facility.
“However, a precondition for this is an administrative merger with the adjacent nursing home and a matching governance structure,” Blokhuis said.
Clarifying his standpoint, Blokhuis noted that the merger of the supervisory boards, which has already taken place in Bonaire and Saba, was necessary due to the scale and size of the two foundations, and to do away with the double functions and inefficient innovations. A merger would also strengthen the organisations.
With the merger of the two institutions and a new governance structure, the SEHCF would be able to handle new responsibilities, including a haemodialysis unit and, if necessary, additional beds at the nursing home.
In his meeting with the hospital’s management Blokhuis also discussed the execution of a baseline study to assess the needs of the St. Eustatius population for adequate care in the future. The study would include an assessment of the governance and functioning of the SEHCF and would contain recommendations on how to achieve a strengthening of care offered at the hospital.
After the completion of the baseline study, which should be ready in the first quarter of 2019, the concerned parties will get together and make appropriate agreements about the measures to be taken and to set an associated timeline.
The formal request to establish a haemodialysis centre in St. Eustatius came from Khanya Houtman. Late October 2016, Houtman wrote an urgent letter to then Minister of Public Health, Wellbeing and Sports Edith Schippers about the ordeal of kidney patients in St. Eustatius for whom it is an exhausting exercise to get dialysed at St. Maarten Medical Center (SMMC).
A student at University of Curaçao at the time, Houtman described the hardships kidney patients have to endure in travelling to St. Maarten on a frequent basis for dialysis. Her father and uncle are two of the six patients who travel to St. Maarten three times a week.
The Second Chamber’s Permanent Committee for Kingdom Relations took note of Houtman’s urgent call and asked then Minister Schippers for a reaction. The minister provided a first reaction in December 2016 and promised to conduct an assessment.
That assessment has taken place and a subsequent business case study was carried out. The study showed that persons of the SMMC and the SEHCF who were interviewed, as well as the dialysis patients, were positive about establishing a haemodialysis unit in St. Eustatius, but only on the condition that the necessary measures were taken and it was set up in such a way that quality and continuity of care were guaranteed.
The study showed that investment in haemodialysis in St. Eustatius was financially justified considering that the yielded benefits would be greater than the investment cost. A large part of the benefits stems from the cost of transport and daily allowance of the dialysis patients that will be saved. The average cost of transport and daily allowance exceeds US $76,000 per patient per year and makes up 45 per cent of the total cost of haemodialysis treatment.
“The cost of transport and daily allowance of the patients is so high that the investment in a haemodialysis unit will have paid for itself after one year. Besides that, the total cost for haemodialysis treatment at SEHCF is expected to be lower than at SMMC. This will yield a savings of an estimated $177,000 in 10 years,” it was stated in the business case study.
The business case document mentioned the great personal benefits for the kidney patients: “The travel and waiting times for the patients are considerably less, which will have a positive effect on the life and the wellbeing of the patient. The regular visit of a nephrology doctor and dialysis nurse at SEHCF will make nephrology care more accessible not only for kidney patients, but also for all residents of St. Eustatius.”
It is advised to take sufficient time for the preparation and realisation of the project, if the health care partners decide positively about making the investment. Preconditions are a suitable room to carry out the dialysis, storage space for the dialysis fluids and the water treatment installation, training general practitioners, training and recruiting dialysis nurses, and developing a maintenance plan, a technical support plan, a calamity plan, protocols and work instructions.
Asked for a reaction to the news that Blokhuis is willing to look into a haemodialysis unit, Houtman said she was “grateful, … especially knowing that I have a good relationship with the patients and have witnessed their daily struggles. I am hoping that this may remain a number-one priority for St. Eustatius and that the merger is done in a timely manner. I also want it to be done in a safe way such that the patients may be able to continue to dialyse effectively.”