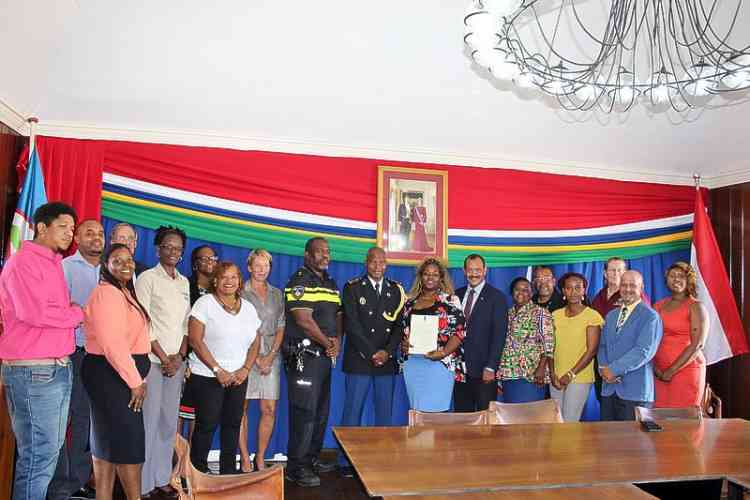 The new officers were all smiles as they recited their pledge to uphold their duties. They began their course in September 2018 and will receive their official certificates at a later date. These agents can also report persons who act against the nature legislation.

The BavPol officers have the authority to stop persons and address them on any violation such as public littering, waste collection, conditions in which persons are transporting waste materials, and illegal dumping, and can ascertain whether a person is allowed to transport waste materials, amongst other things. The new agents are set to start inspections as of April 1.

Caribbean Netherlands Prosecutor Martine Boheur said she was encouraged and excited when she heard that such a large number of persons was being sworn in.