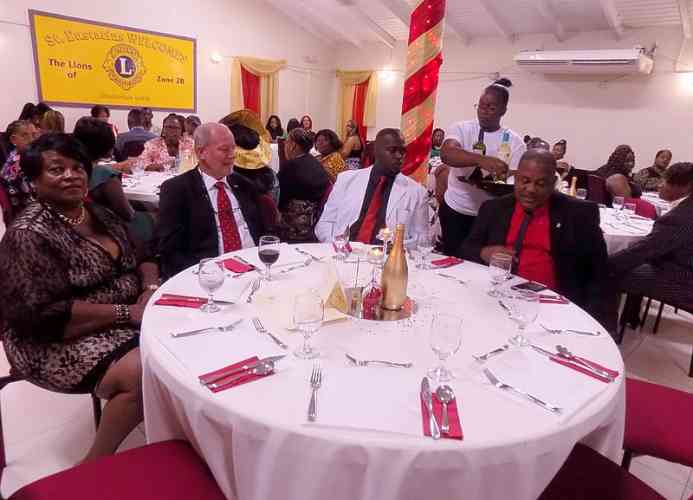 From left: Island Councilmembers Adelka Spanner and Koos Sneek with Commissioners Charles Woodley and Derrick Simmons at the holiday party for civil servants.

In attendance at the party were civil servants from the different Government Departments, as well as Commissioners Charles Woodley and Derrick Simmons, Island Council Members Rechelline Leerdam, Adelka Spanner and Koos Sneek, and their executive assistants and advisors.

Government employees said the party was a “great ball.” They also enjoyed the camaraderie, especially interacting with the Commissioners and Council Members.

Commissioner Woodley kept the attendees entertained during the night. Prizes were also given out.

After dinner was served, Rebels Band invited the civil servants on the dance floor to do a variety of dance moves such as the Electric Slide, Soul Train Line, Conga Line, and many oth