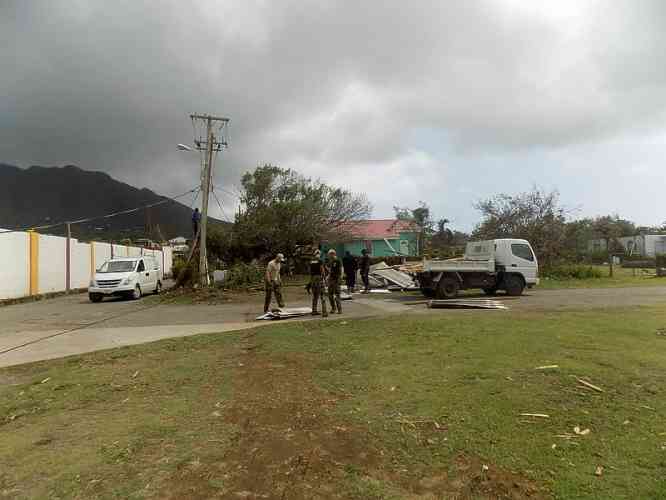 Residents are being asked to have an evacuation plan in place, double check their homeowner’s insurance, trim hanging tree branches and to clean up their surroundings.

Government officials said they could not stress enough the need to be always prepared. The primary focus is to stay alert and listen to the news for the latest weather forecasts, so everyone can be prepared and know what is going on with the weather around them.

The St. Eustatius government said the disaster committee has been preparing for the upcoming hurricane season. A hurricane exercise Hurex is expected to be held from June 19-26.

Hurex are exercises that emergency departments conduct jointly with the military. The activities are carried out so that all departments can be better prepared for a disaster.

Weather experts predict this year’s hurricane season to be less active, with 13 named tropical storms, five of which are expected to be hurricanes. They also predict a below-average chance of a major hurricane striking the Caribbean.

A tropical storm can reach hurricane status when winds speeds exceed 73 miles per hour (mph). Of the five predicted hurricanes, two are expected to be major hurricanes between category 3, 4 or 5, with sustained winds of 111 mph or greater.

April 23, 2021
0
Police collecting evidence at the crime scene on Friday morning. Several blood trails were left on the pavement in the wake of the stabbing.  ST.... April 23, 2021
0
The scene of the accident. ST. PETERS--A motorcycle rider knocked down a boy approximately seven years old on St. Peters Road around 1:00pm Friday.   The child was then taken to the hospital in critical condition.   Police cordoned off the...
Read more