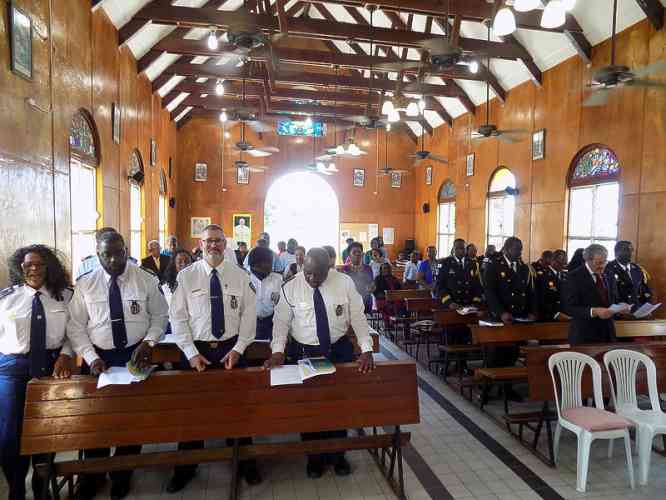 A special song rendition was performed by Zujena Suares. She dedicated her song to police officers “everywhere.” Her rendition was well-appreciated by attendees, who applauded vigorously at the end of her performance. Father Wilson’s Gospel homily focussed on police officers around the world.