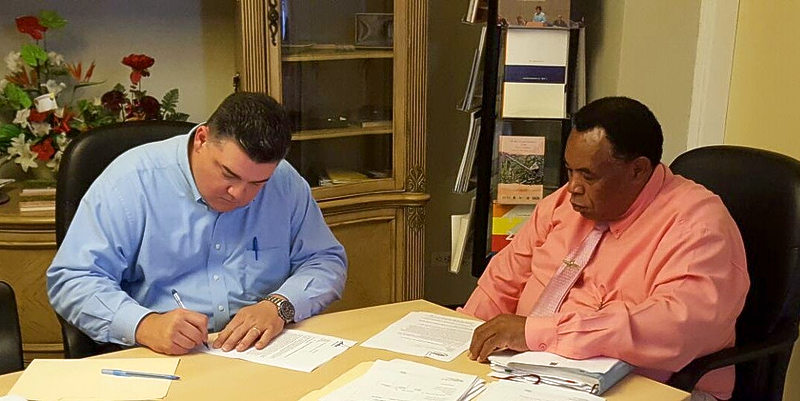 ST. EUSTATIUS–The Executive Council of St. Eustatius and NuStar N.V. signed a letter of intent Thursday as a precursor to the long-term agreement which the Council has been negotiating since Commissioner Charles Woodley took office. The final draft of the actual agreement is currently being reviewed by the legal teams of both parties and expected to be approved and signed by next week, Commissioner Woodley said.

The agreement is to include terms for the use of NuStar’s oil terminal on the island, as well as the stipulations and tariffs in the new Harbour Ordinance.

“I want to take this opportunity to thank Mr. John Roller and his team, my advisory team including the Harbour Committee, my colleagues in the Executive Council, the Island Secretary and last but not least the governing coalition for the advice, support and cooperation throughout this process,” Woodley said.

He said that he is looking forward to finalizing the process and continuing and deepening the “mutually beneficial relationship between NuStar and St. Eustatius to the benefit of all parties involved.”