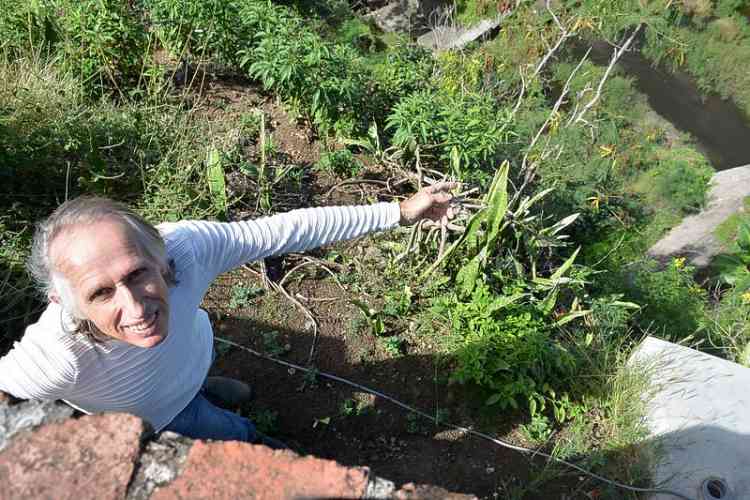 ST. EUSTATIUS–“It is time for a new outlook on Statia,” says education consultant in St. Eustatius Rene Reehuis. “Come the arrival of the New Year and new State Secretary of Home Affairs and Kingdom Relations Raymond Knops, the people of Statia need a new vision and the means to make it a reality.”

His article posted on the Dutch-language Edmund Husserl Foundation’s website are not entirely new, but Reehuis claims they underline much of the frustration experienced by residents of the “Historical Gem.”

“Whilst Sabans take pride and profit from the harmony model,” Reehuis wrote, “the islands of Bonaire and Statia have opted for conflict. On Bonaire, this culture of conflict has led to numerous coalition shake-ups. On Statia, there is a commitment to greater independence and political leaders are more focussed on acquiring more autonomous powers through the United Nations. Nevertheless, financial supervision slapped on the island by Central Government in June 2015 has not helped local political leaders to maximise development opportunities.”

Reehuis says that other measures taken by the Dutch Government have worked directly against the economic development of Statia.

“For example, its refusal to find a solution to keep the doors of our medical university open. The impact on the economic life of the island was disastrous. This in spite of the fact that our medical graduates were perfectly qualified to practice their profession for example, in the United States,” Reehuis said.

“The conflict model has clearly been counterproductive when it comes to important projects such as road improvement and land erosion. The Statia coalition Government is of the opinion that the mother country is operating colonialism in a modern form.”

According to Reehuis, poverty on Statia is largely ignored by the Dutch Government by not stipulating the social minimum allowance. “It also fails to recognise local cultural differences by imposing legislation on the islands on religious issues such as abortion, euthanasia and gay marriages.

“So where do we go from here?” Reehuis asks rhetorically. “Hurricane Irma was an enormous wake-up call, especially in St. Maarten, where preparations were minimal, if not absent, and Dutch assistance came far too late for locals who are still suffering.

“The past cannot be relived or forgotten,” he told The Daily Herald. “But the future has to be fashioned on greater trust. The people of Statia are tired of tricks and tantrums. They want an end to bickering and backsliding. They need an exciting vision for progress that will embrace the whole community and particularly the next generation.”

Reehuis says that goodwill should now be shown from all sides to become the order of the day on Statia. “We do not need any more Central Government studies. You do not need to fall off a cliff to know that it hurts. A million words have already been spent to describe very little and produce few results.”

The education consultant has called on State Secretary Knops for a conference on how to prepare a charter for greater personal and administrative cooperation. “We need to build trust, not dwell on existing distrust. We need Local and Central Government gatekeepers to communicate openly and brainstorm about future exciting opportunities with all stakeholders. It may be expected that local leaders broaden their perspective of thinking and soften the tone of talk – their role is essential.”

According to educator Reehuis, Statia has “amazing people” with “enormous” talents and skills. “The path to more autonomy is achieved through brains, not bickering, through respect, not resentment.”