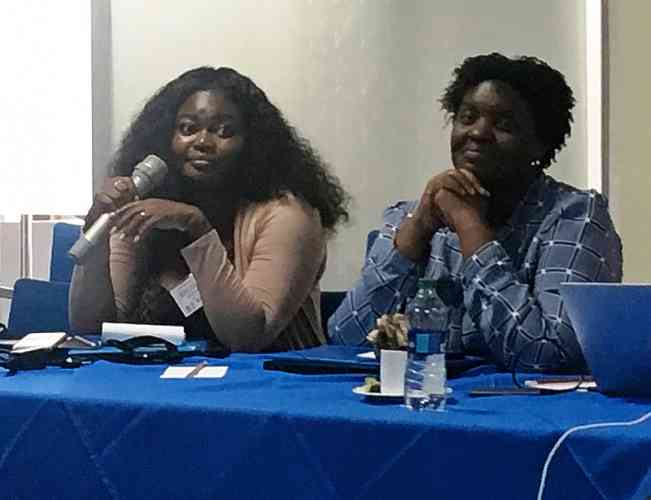 The meeting was the last in the framework of the UNESCO project to strengthen the capacities of the Dutch Caribbean and Suriname in the field of safeguarding cultural traditions and practices.

Unfortunately, due to a flight cancellation by LIAT the participants from Statia and St. Maarten were held up on “The Friendly Island” for two days and only arrived in Paramaribo in time for the last two days of the meeting.

Hellebrand said they were able to join the discussions about developing frameworks in which practitioners of cultural traditions, non-governmental organisations, experts and government work together to safeguard cultural practices.

In terms of going forward after this last phase of the capacity-building project, Johan Roozer, senior policy advisor at the Culture Directorate of the Surinamese Ministry of Education, Science and Culture, proposed that ICH Committee members and working groups of the Dutch Caribbean and Suriname meet every two years as a means to spur on implementation and keep the momentum going. His suggestion was met with full approval.

Another important topic of the last days was the relationship with the Dutch Centre for Intangible Cultural Heritage KIEN that has been tasked with the implementation of the UNESCO Convention on ICH.

Various scenarios for collaboration were put forward. How to go about nominations of ICH elements of the islands for UNESCO’s international representative list was also a subject that was discussed in detail.

Despite their late arrival, the Statia and St. Maarten delegations were still able to formally give their feedback on the UNESCO capacity-building project and take part in the external evaluation of the full exercise. This will be helpful for UNESCO in terms of dealing with small island developing states.

“The meeting left me inspired through all the vital information and ideas that were shared by participants. These will be beneficial for safeguarding our ICH, also through building continuous working relationships and support between the Dutch kingdom, the islands and the UNESCO cluster offices. I was also glad to share my contribution together with my Statia colleagues, as teamwork is very important. I appreciated being able to give feedback on how the project was handled over the past six years. I will go back to Statia with a focus on educating the Statia

community – and especially the youth – on safeguarding our ICH and transmitting it to the next generation,” Spanner said.

Radjouki said she gained a “keen insight into the other entities that are available outside of the local government,” and that the programme “provided an opportunity for continuous networking with our counterparts throughout the world. It also gave ideas for fruitful programmes, procedures and policies that can be useful to Statia. The Department of Culture is already gearing ahead.”

Hellebrand added that “it is important every time at these meetings to emphasize that communication by UNESCO or the implementing agency KIEN is directly with those on Statia who are doing the job. Otherwise, information gets stuck along the way. UNESCO themselves underline that when it comes to ICH it is a bottom-up process, so let it be such.”