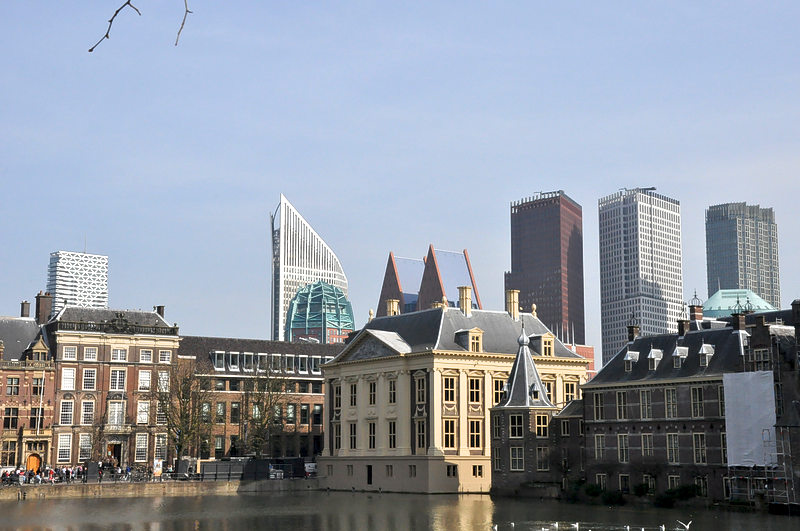 ST. EUSTATIUS–In carrying out the Island Council’s motion of November 30, 2016, the Executive Council on Wednesday presented the Dutch Government with a formal petition against the process of embedding the public entities of Bonaire, St. Eustatius and Saba in the Dutch Constitution.

In the petition, which was signed by Acting Island Governor of Statia Julian Woodley and Island Secretary Koert Kerkhoff and sent to the Kingdom Council of Ministers and Prime Minister Mark Rutte, it was stated that the Dutch Government has “unilaterally” started the process of embedding the public entity of Statia in the Dutch Constitution.

“Such action, as was the establishment of Statia as a public entity on October 10, 2010, is in violation of Dutch law, which by virtue of its inclusion of and relation with the international legal order protects the people of Statia’s right to freely express their right to self-determination and choose their political status,” it is stated in the petition.

The petitioners urgently call on the Dutch and Kingdom Governments to “immediately” cease the “unilateral” process of embedding the public entity Statia in the Dutch Constitution and commence consultations with the local Government aimed at the public entity achieving full internal self-governance by means of free association with the Netherlands, “in accordance with the expressed wishes of the people of Statia and the international legal order, also aware of reports of irregularities surrounding the December 2014 constitutional referendum in Statia, and strongly urges the release of the UN [United Nations Ed.] report on the 2014 referendum results to the Government of Statia.

According to the Executive Council, the majority of the world community represented in the UN in 1954 was not convinced that the former Dutch colonies Suriname and the Netherlands Antilles had achieved a full-measure of self-government with the enactment of the Kingdom Charter in 1954 and the Netherlands was unjustly relieved of its obligation to report on its overseas territories by means of a UN resolution.

“Resolution 945 does not affirm that the former Netherlands Antilles had received a full measure of self-government under Article 73 (b). It merely removed the requirement of the Netherlands to regularly submit information regarding its colonies to the UN under Article 73 (e). It preserved the UN authority to decide whether a non-self-governing territory, – such as the Netherlands Antilles then and Statia now – has attained a full measure of self-government.

“It is clear that the committee looking into this matter was of the view that decolonisation of the Netherlands Antilles remained incomplete and the UN remained authorised to review the situation under Article 73,” the petition reads.

“Resolution 945 clearly establishes the competence of the [UN – Ed.] General Assembly in the matter of deciding if a non-self-governing territory, which includes Statia, has attained full measure of self-government. Constitutional and other developments, as well as statements by public and academic authorities within and without the Dutch Kingdom since 1954, have convincingly established that the Kingdom Charter did not result in a full measure of self-government for the current Dutch overseas territories and needs to be structurally revamped if such objective is to be achieved.”

The Executive Council claims that the “peoples” of the overseas territories Bonaire, Curaçao, Saba, Statia and St. Maarten have all expressed their “inalienable right to self-determination” during referenda held in 2004, 2005, 2010, 2014 and 2015, “thus prior to and after the new constitutional order within the Kingdom of the Netherlands which took effect on 10-10-10.”

Signatories claim that the new constitutional order has led to (more) discontent among the peoples of the Dutch overseas territories, as confirmed in the evaluation report of the Spies Committee, and further exposed the democratic deficit within the Kingdom.

“The results of the UN-observed referenda on Bonaire in 2004, 2010 and 2015, and on Statia in 2005 and 2014, clearly indicated that the populations of the islands did not freely choose their current constitutional relationship with the Kingdom in accordance with the UN Charter and General Assembly resolutions,” the petition reads.

In light of the UN-observed referendum of December 17, 2014, in Statia there were reports of irregularities, despite the overwhelming choice for the status of “Autonomy within the Dutch Kingdom,” it is stated in the petition, which claims that the current status of the Dutch overseas territories is not in compliance with the UN Charter and resolutions and international constitutional law and conventions.

The official position of the Dutch Government on the Spies report is a further violation of the right to self-determination of the people of Statia, the Executive Council said.

Considering all these facts, the Executive Council has been tasked with preparing a “detailed and concrete” plan of action for achieving full autonomy in free association with the Netherlands, in accordance with the relevant Island Council decrees and with the support of civil-society organisations Brighter Path Foundation, Pro Statia and Nos Ke Boneiru Bek.

Copies of the petition were sent to the Dutch Parliament’s First and Second Chambers; the Executive and Island Councils of Saba and Bonaire; the Councils of Ministers and Parliaments of Aruba, Curaçao and St. Maarten; the Council of State in The Hague; the governments and Parliaments of Caribbean Community Caricom member states; Organisation of Eastern Caribbean States (OECS); Association of Caribbean States (ACS); Latin American Parliament Parlatino; UN Special Committee on Decolonisation; UN Committee on Economic, Social and Cultural Rights; Alliance of Small Island States; and The Netherlands Institute for Human Rights (College voor de Rechten van de Mens).